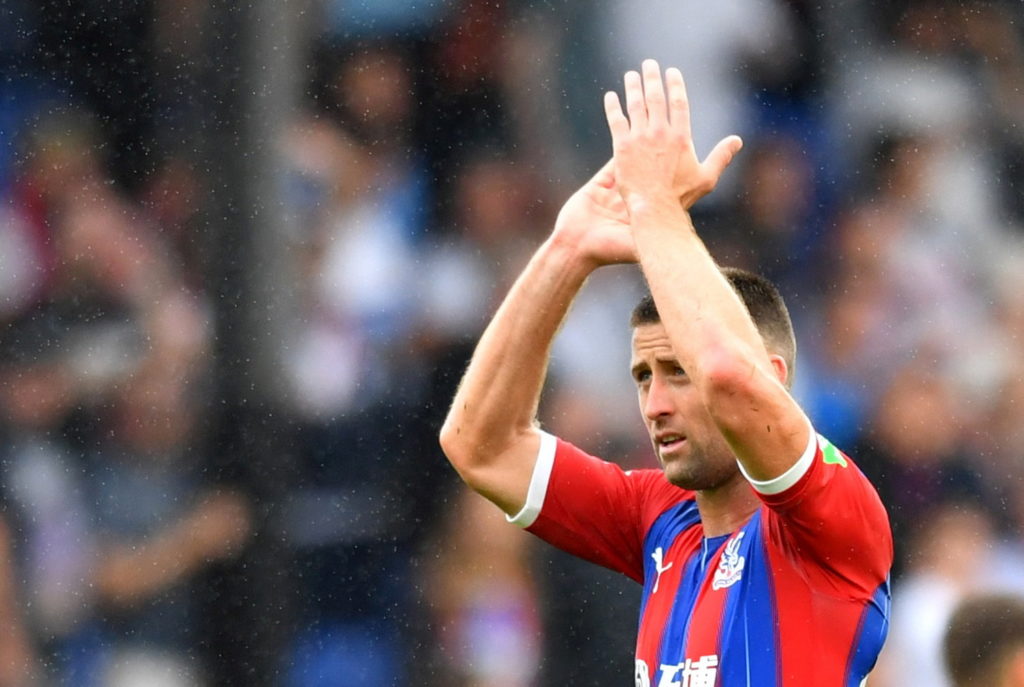 Gary Cahill has revealed his frustration after Crystal Palace failed to beat 10-man Arsenal on Saturday.

Palace had the opportunity to move up to seventh when they welcomed Arsenal to Selhurst Park for Saturday’s early Premier League kick-off.

But they struggled to get going against their cross-city rivals and the Gunners broke the deadlock after just 12 minutes when Pierre-Emerick Aubameyang slotted home.

Arsenal were unable to build on their opener and Palace equalised early in the second half through Jordan Ayew.

Roy Hodgson’s men received a further boost when Aubameyang was sent off for a challenge on Max Meyer.

The Gabon international was initially shown a yellow card but the decision was upgraded to a red on further inspection from VAR.

Palace attempted to take advantage with an extra man but failed to break Arsenal down and had to settle for a share of the points.

Cahill was proud of Palace’s ability to get back into the game but admitted to feeling “frustrated” after they failed to find a winner.

“After they went down to 10 men, we had more of the ball and pushed more,” Cahill said. “We’re frustrated not to get the win but in the first half they were very good. It was difficult to deal with their pace and movement. When we got to grips with the game, we did well.

“We’re doing OK but we need to keep pushing and keep working hard.”

The Eagles have only tasted defeat once in their last eight Premier League games and Saturday’s draw has to be regarded as a positive result.

Palace have a week to prepare for their next outing when they head to the Etihad to face defending champions Manchester City.