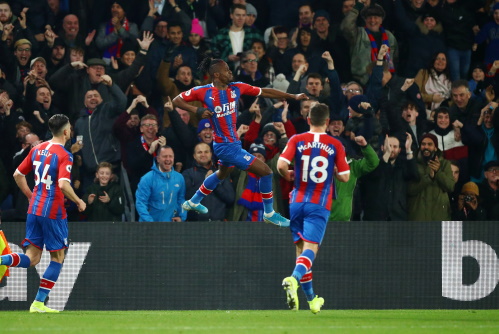 Wilfried Zaha looks set to stay at Crystal Palace until at least the summer and Roy Hodgson has rejected rumours linking him with Bayern Munich.

Zaha has recently changed his agent in a clear sign he is still hoping to engineer a move away from Selhurst Park.

The Ivory Coast international had been keen to depart during the previous transfer window but despite interest from Arsenal and Everton a move failed to materialise.

The likes of Chelsea and Bayern have been tipped to move for Zaha in January but Palace’s asking price, believed to be in excess of £75million, and his reported £125,000 a week wages could be too big a stumbling block for any suitors in the winter window.

Palace accept that the 27-year-old is likely to move on in the not too distant future but the club are confident he won’t leave until at least the summer.

Bayern were reported to have tested the waters with a loan offer but manager Hodgson says those rumours are wide of the mark.

Hodgson is friends with Bayern chairman Karl-Heinz Rummenigge and he feels that if the German giants had made a move he would have been in touch with Rummenigge, while stressing there is no way Palace would entertain a loan offer for their star man in any case.

“A loan move to Bayern!? Was it serious? Where did you get the story from?” Hodgson asked when quizzed on the speculation after Palace’s 1-1 draw with Arsenal on Saturday.

He added: “I’ll give Karl-Heinz a ring on that one, he’s a friend of mine from way back and I’ll say ‘is it true that you seriously have actually put in a bid to loan our best player so we go into the last part of the season without our best player. Is it true?’”

Zaha has managed three goals and two assists in 21 Premier League appearances for Palace this season.