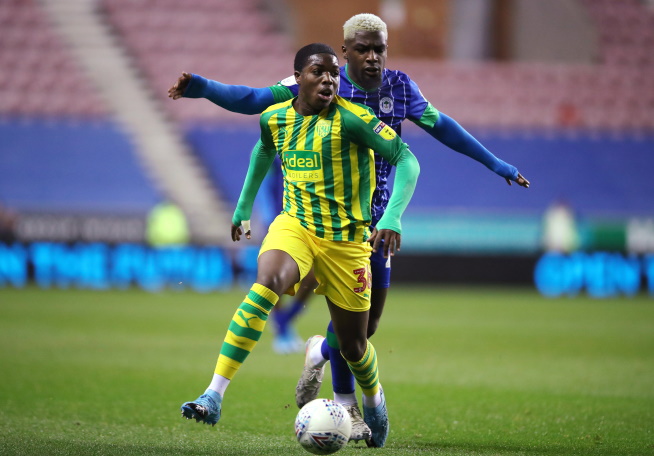 Crystal Palace are close to making their second signing of the January transfer window with West Brom's Nathan Ferguson set to travel for a medical.

Ferguson has enjoyed a breakthrough campaign at The Hawthorns, making 21 appearances in the Championship and helping the Baggies mount a serious challenge for promotion as they currently sit second in the standings.

Ferguson has been on the books at the Hawthorns since 2009, but he has yet to sign a new contract in the Midlands and will become a free agent at the end of the campaign as it stands.

Reports in the national papers suggest Palace are willing to agree to a deal that could see them pay £10million for his services.

Ferguson has taken his game to another level under Albion boss Slaven Bilic, but the Croatian is willing to let him leave the club this month as he fears losing him for free in the summer.

The Birmingham-born defender is set to travel to south London on Wednesday night for a medical after rejecting a five-year deal with the Baggies.

#CPFC As reported elsewhere, Palace closing in on a deal for Nathan Ferguson from West Brom. Wanted across Europe and highly thought of.

Ferguson will now be hoping to follow in Aaron Wan-Bissaka’s footsteps and become Palace’s first-choice right-back.

Boss Roy Hodgson has struggled to replace Wan-Bissaka since the summer after he left for Manchester United in a deal worth up to £50million.

Joel Ward and Martin Kelly are Hodgson’s current options at right-back, but they have both spent time on the sidelines through injury. Hodgson will be hoping Ferguson’s arrival will give the squad a huge lift, with the former England manager desperate for fresh faces.

The 73-year-old wants four new faces through the door at Selhurst Park, but only Cenk Tosun has arrived thus far, with the Everton ace joining on a six-month loan deal.

Patrick van Aanholt is wanted by PSV Eindhoven this week, and the Eagles also look to have missed out on the signing for Kyle Walker-Peters, with Southampton close to securing a loan move for the Tottenham ace before Friday’s January deadline at 11pm.