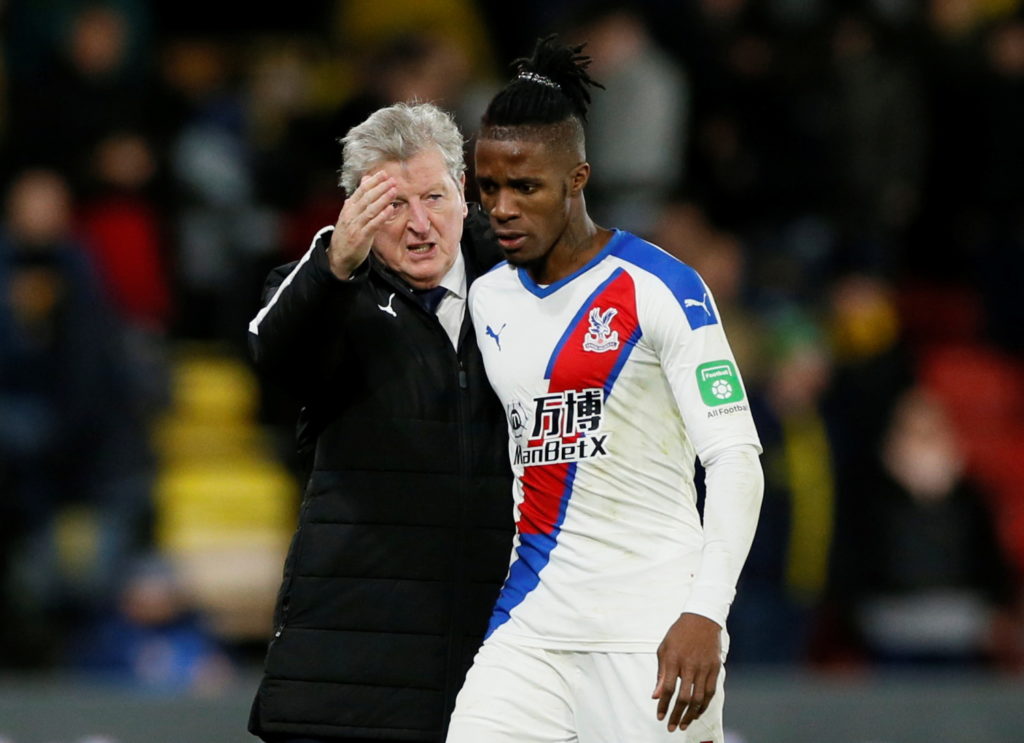 Having been denied an exit from Crystal Palace this season, Wilfried Zaha may force through an exit in the summer - but which club would be best for him?

Ivory Coast international Zaha was heavily linked with a move away from Selhurst Park last summer and there were reports he handed in a transfer request after Everton had two bids, the last being around £55million, turned down.

Arsenal were also said to be showing an interest in the 27-year-old but the Gunners instead decided to fork out a club-record fee on Ivorian winger Nicolas Pepe, who cost £72m from Ligue 1 outfit Lille.

Palace managed to keep hold of Zaha during the January window, fending off rumoured interest from Bayern Munich and Chelsea, but the Eagles face a battle to keep hold of their star man in the summer.

Roy Hodgson was asked about the forward’s situation and the former England boss admits there are likely to be several rumours regarding the former Manchester United ace’s future.

He was quoted as saying by Sports Mole: “When the summer comes maybe the circus will start again and I will be getting questions all the time about it.”

So, with a second Selhurst Park exit expected, which club is he best suited to?

Carlo Ancelotti has already had a big impact since arriving at Goodison Park on December 21 and there is huge optimism the former Napoli boss can take Everton to the next level.

The likes of Dominic Calvert-Lewin and Mason Holgate have improved dramatically over the past couple of months, leading to claims the duo could be handed a chance to shine for England in the March friendlies.

Zaha would benefit massively from Ancelotti’s guidance and his potential move to Merseyside could help the Toffees become top-four contenders, or at least get the club back into the Europa League.

The Northern Irish tactician will be eager to strengthen his attacking department during the summer and could decide to make a move for Zaha, who would likely cost around £65-70million.

Rodgers has done fantastic work with the likes of Harvey Barnes, James Maddison and Ben Chilwell, who are all developing into brilliant players in their respective positions, and the manager would certainly coax more out of the Palace forward if he moves to King Power Stadium.