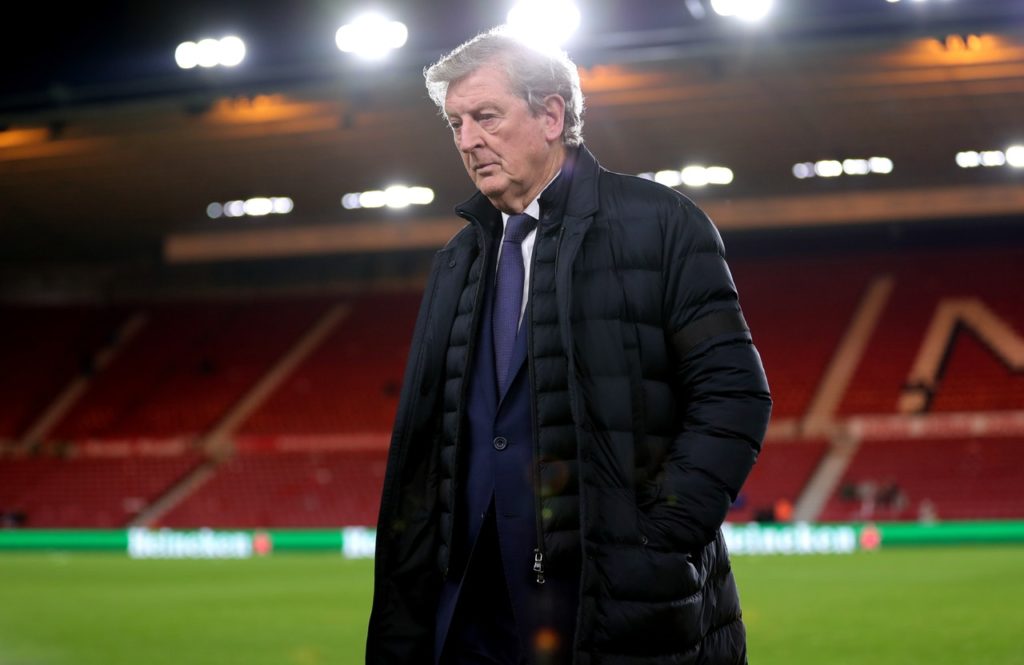 Jordan, who purchased Palace in 2000 and remained chairman of the club until administration in early 2010, believes the club should look at other options to the lead the team and move on from Hodgson.

The former England boss has done a tremendous job with the south London side since his appointment in 2017, helping the Eagles recover from a disastrous start to the season and finish 11th in the Premier League.

Despite being handed little money to spend during the next two transfer windows, the 72-year-old, who is the oldest manager inPremier League history, guided Palace to their biggest ever top-flight points tally over a 38-game season last term.

Once again, Hodgson has been forced to work with limited funds and the lack of investment appears to be showing, with an ageing squad, coupled with an injury crisis, seeing the club falter.

The Eagles have slipped to 14th in the standings, six points above the relegation zone, and they are in real danger of being sucked into a survival battle if they don’t start picking up some positive results.

Despite the drop in form, Hodgson is reportedly close to agreeing a one-year contract extension with the club, but Jordan has questioned whether that would be the right call by his successor, chairman Steve Parish.

It remains to be seen whether Palace decide to stick with Hodgson or opt to bring in another manager but, as things stand unless more funds are made available, the man in charge will find it very difficult to take Palace onto the next level.

Switching things up can be a risky strategy and the Eagles are well aware of this, having given Frank de Boer just five Premier League games at the start of the 2017/18 season before replacing him with the experienced Hodgson.