Home Premier League Crystal Palace Should team fouls be totted up and punished like in the NBA?

Should team fouls be totted up and punished like in the NBA? 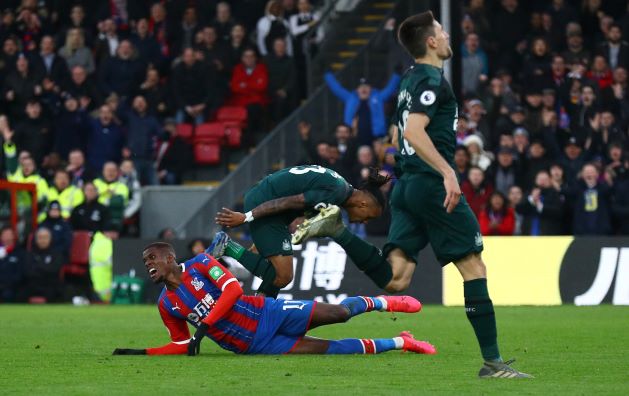 The tactical fouling of dangerous players, apparently by committee, in an orchestrated fashion is something the game's rule-makers need to address soon.

There have been so many examples of teams targeting creative players in a manner which appears to be designed to avoid the greatest sanction by players taking it in turns to make fouls.

We all know the players that receive the unwanted attention – the game-breakers like Jack Grealish, Wilfried Zaha and James Maddison – who also happen to be the three most fouled players in the Premier League this season.

Grealish was not at his best against Southampton on Saturday and there is nothing in the stats that suggest Ralph Hasenhuttl’s team went out to stop him at any cost in their 2-0 win as they only picked up one yellow card – and that was in stoppage time.

5/5 – There have been six instances of a player creating 5+ chances and being fouled 5+ times in the same Premier League game this season, with Jack Grealish accounting for four of those. Nuisance. pic.twitter.com/ImqmOBxGMy

Yet no team has committed more fouls this season than the Saints, whose players have only picked up 41 bookings.

They are the joint-worst offenders for fouls this term, alongside Watford – but the Hornets have also been heavily penalised with yellow cards – receiving 57 to date.

It seems a minor anomaly and, without context, may be completely irrelevant.

But it does make you wonder if Southampton have been sufficiently punished for their fouls this season – or have Watford been over-penalised?

Referees have a lot on their plate these days with VAR constantly looking over their shoulder and managers, players and fans berating their every decision.

Can they always appreciate when a team is fouling as a tactic or when a player is being targeted by a team as a whole?

Newcastle had two players cautioned and one sent off for fouls on Zaha on Saturday, but the Ivory Coast star was stopped from making a telling contribution to the tense relegation battle.

Could the football authorities adopt a system like basketball where each personal foul committed by a player is also counted against his team?

When a team goes over the limit, its opponent is awarded a free-throw and in America’s NBA, the limit is five fouls – personal or technical – in any one period, after which the opposing team get two free throws.

No one is suggesting referees award penalties when any designated limit is reached, but officials could keep a foul count (that could be displayed to fans as well) and take action by awarding a yellow card to the player from that team that makes the foul that goes over a pre-determined limit.

It may just deter the sort of sharp practice that is stifling creative play.