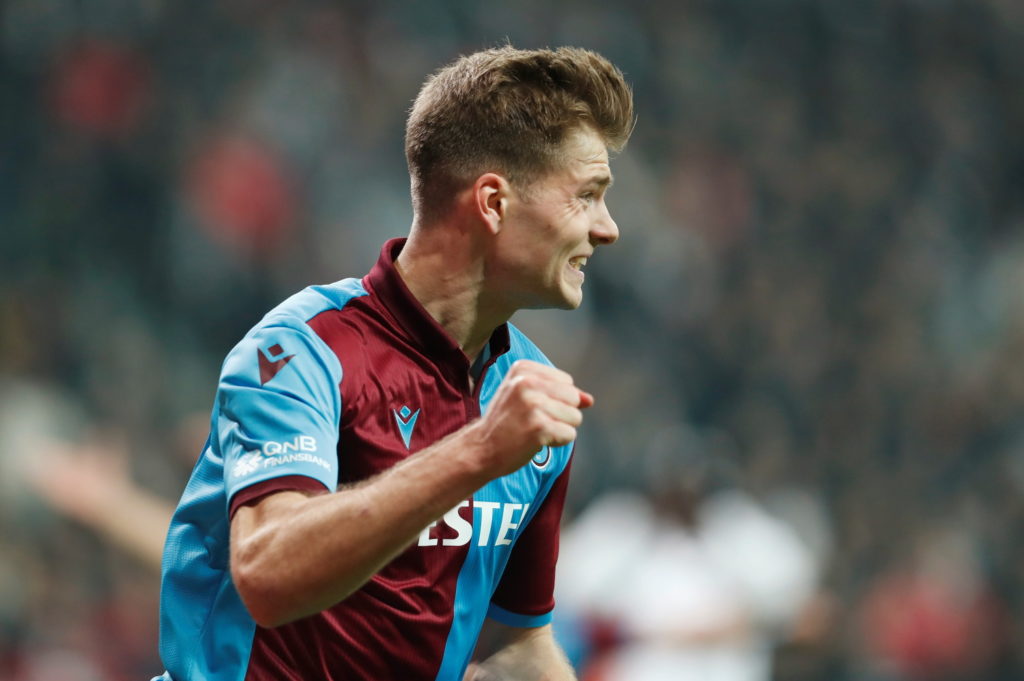 Alexander Sorloth says he doesn't know if Crystal Palace want to take him back from Trabzonspor amid talk Real Madrid are keeping a close eye on him.

In one of this season’s most remarkable stories of a player suddenly coming of age, Sorloth has been attracting plenty of interest in Turkey in the first season of his two-year loan from the Eagles.

Reports emerged over the weekend that the 13-time Champions League winners Real Madrid had begun to show an interest in the 24-year-old Norwegian.

And Sorloth admits that hearing of that just before he left the dressing room for Trabzonspor’s vital Super Lig clash with Besiktas on Saturday was a confidence boost.

He scored twice in a 2-2 draw to take his tally to 19 in the league and 24 in all competitions for the Black Sea Storm.

“I got the news of Real Madrid while sitting in the locker room before the Beşiktaş match,” he is quoted as saying in Aksam.

“I learned from my friend’s Snapchat group. It was good for me to go into the match with this motivation. Frankly, it was news that was not bad and increased my self-confidence.”

There have been calls for Palace to cancel the second year of Sorloth’s proposed stay in Turkey, the country where his father Goran played for Bursaspor during his own career.

Can’t decide if Sorloth is gonna be any good. I think he can be rubbish then have a moment of greatness. I’ll take that right now. Young player with potential. #cpfc

But Trabzonspor are in no mind to let him go as they top the table and go in search of their first domestic title in 36 years.

They look likely to qualify for the Champions League next season, a competition that Sorloth is unlikely to ever play in while wearing Palace colours.

But the player himself, whose Palace contract is due to expire in 2022, isn’t even sure that he is wanted back at Selhurst Park.

“It is said that the priority of two years loan and purchase option is Trabzonspor’s,” he added. “I have no idea that Crystal Palace has a desire to take me back.”