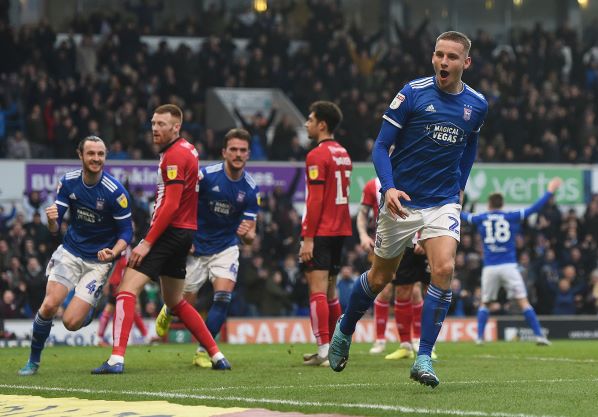 Crystal Palace and Leeds United are the latest clubs to have run the rule over Ipswich Town's young central defender Luke Woolfenden.

TWTD.co.uk, a website that covers Ipswich Town, claim the two clubs had been actively scouting Woolfenden in the weeks prior to the Football League shutdown.

The 21-year-old has impressed for the League One club, despite Ipswich having seen their good early-season form fall away and lose contact with the promotion-chasers.

But that probably improves the chances of prising Woolfenden away from Portman Road in the summer with the player expected to be operating at a higher level than League One next season.

Both Palace and Leeds hope to be in the Premier League and some observers think it is not too much of a stretch to suggest Woolfenden could be destined to play top-flight football.

He has already been linked to Sheffield United, who are known to be clever when it comes to spotting talent in the Football League, as well as Championship club Queens Park Rangers.

TWTD,co.uk state the Eagles had Woolfenden watched when Ipswich were beaten 2-1 at Blackpool a fortnight ago.

And, while they don’t state exactly when Leeds had him watched, the website states the Whites have also been ‘keeping tabs on the former East Bergholt High School pupil’.

Can confirm that #lufc sent a scout on six-hour round trip to watch an #itfc game recently, but Luke Woolfenden was on the bench and didn’t get on…. https://t.co/MHIhcaOSUz

Another source, ‘the ‘Scouts in Attendance’ twitter account, claims Leeds did indeed send a scout on the long journey to Portman Road, only to find Woolfenden benched for a recent game.

The £2million-rated defender is contracted to Ipswich until the summer of 2022 with the club having an option for a further season.