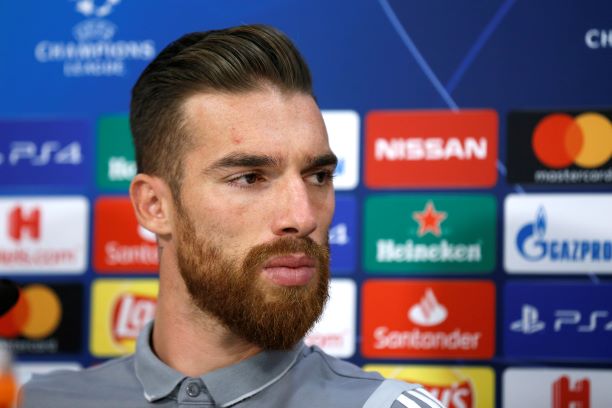 Crystal Palace have reportedly joined Southampton and West Ham in the race for Olympiacos' Jose Sa, which could cast doubts on Vicente Guaita's Eagles future.

Reports in Spain claim goalkeeper Sa is now a target of three Premier League clubs, as well as Real Betis.

The former Portugal Under-21 international has been with Olympiacos for two years, initially joining the Greek club on loan before they made the deal into a permanent transfer last summer.

The ex-Porto back-up has been outstanding since he became a regular starter and has helped Olympiacos reach the Europe League last-16 this season, putting in a string of fine displays in the Champions League too.

West Ham reportedly made an enquiry after the 27-year-old in January when they were in desperate need of help between the posts because of Roberto’s struggles and Lukasz Fabianski’s injury.

A Bola: Silas, through social media, started appeal to get 5,000 masks to a local hospital.#BelenensesSAD President Soares says it is unthinkable to not finish season.#SCBraga Esgaio says Quaresma is his idol.

Southampton do not look likely to be in the market for a goalkeeper when the transfer window re-opens, although things can change quickly in football.

Alex McCarthy is the undisputed Saints’ number one and has had a good season while ex-England hopeful Angus Gunn is still highly rated at St Mary’s, despite losing his status as Ralph Hasenhuttl’s preference.

Southampton also have Fraser Forster still on their books so they look the least likely of the English trio linked to make a serious attempt at signing the £11 million-rated Sa.

Palace have a secure starter too in Guaita, but the Spaniard only has one year left on his Selhurst Park contract and could be tempted by a return home.

Valencia – the club where he started out as an understudy to the legendary Santiago Canizares – are understood to be considering a bid to take the 33-year-old back to the Mestalla.