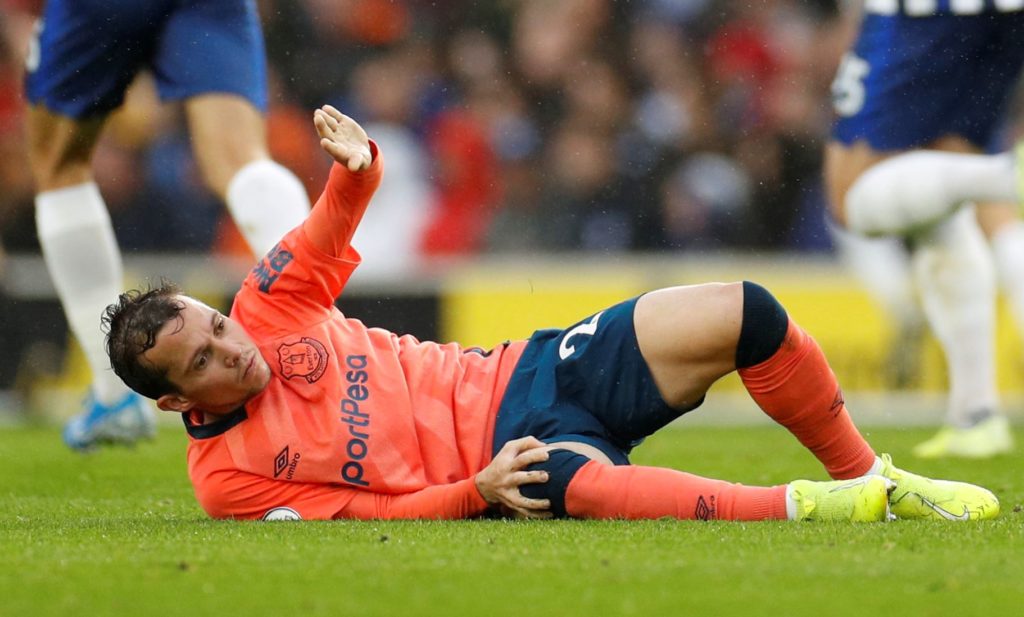 Everton have confirmed the fears that winger Bernard faces a lengthy spell out after suffering an injury in Saturday's defeat to Brighton and Hove Albion.

The Brazilian went down with the problem just 30 minutes into the Toffees’ 3-2 defeat on the south coast on Saturday and was replaced by Gylfi Sigurdsson.

It was a strange incident as the attacking midfielder was not under any challenge and just appeared to lose his footing on the slippery, sodden turf at the Amex Stadium.

The club have confirmed he sustained a grade two tear of his right medial knee ligament, which probably puts the 27-year-old out of action for many months.

Bernard forced off for Everton after off-the-ball incident https://t.co/ewPiKaAVvG

Everton’s medical staff have yet to determine his quickest route back to fitness, with further assessment needed, but Bernard may have already played his last competitive match of the 2019-20 season.

A club statement said: “Bernard suffered an injury to his right knee during our game against Brighton. Scans have subsequently revealed the Brazilian has sustained a grade two medial ligament injury.

“The club’s medical staff will speak with our knee consultant in the coming days to ensure the fastest possible return to play.”

Bernard, who this week admitted he held talks with Palmeiras before he joined Everton in 2018, has made nine appearances for Marco Silva’s struggling side this season.

It is a huge setback for the ex-Shakhtar Donetsk star as his Goodison Park career finally looked to be taking off after his crucial goal in the recent 2-0 win at home to West Ham.

Since joining the club on a free transfer from Shakhtar, Bernard has scored three times in more than 40 Premier League appearances.

He becomes Everton’s second long-term injury victim of the campaign after losing midfielder Jean-Phillipe Gbamin for many months.

The ex-Mainz midfielder suffered a setback on his way back from an early-season training injury and recently underwent surgery on a tendon problem in his right quadriceps muscle.