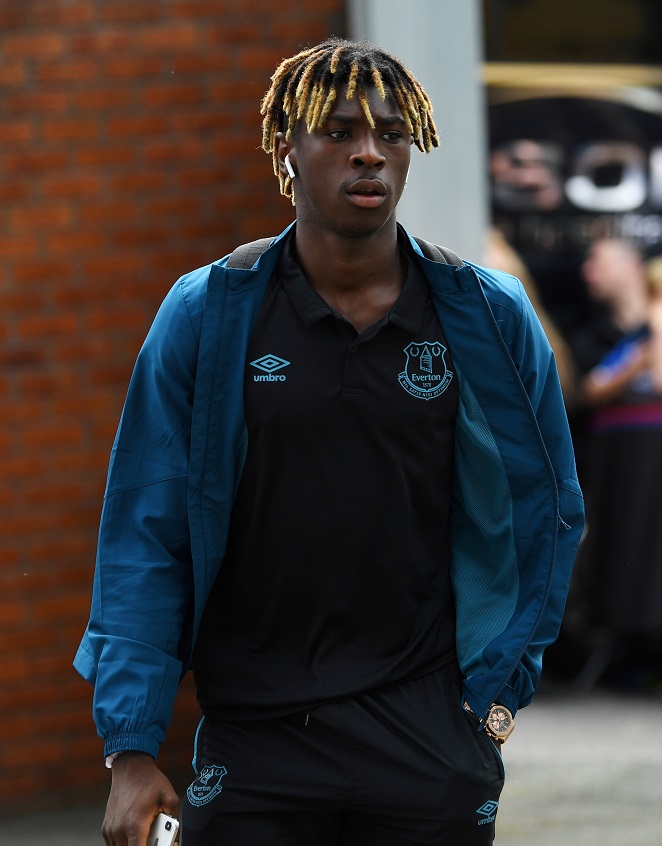 AC Milan could be ready to offer Everton striker Moise Kean a return to Italy when the transfer window opens again in January.

The 19-year-old arrived at Goodison Park with big expectations in the summer after the Toffees forked out £27million for his services but so far it has not worked out.

Kean has started just four matches this season, two in the Premier League and two in the Carabao Cup, although in his last appearance he was substituted at half-time against Watford.

He has yet to score in the 11 games in which he has featured and has managed just nine shots, only one of which was on target, and one assist in 288 minutes of top-flight action.

Not only that, the youngster is having disciplinary issues and could be having difficulty settling into his new life on Merseyside.

He was omitted from the match-day 18 for Saturday’s win at Southampton after being late for a team meeting.

It was the second time manager Marco Silva had an issue with Kean’s timekeeping and as a result the forward, who travelled with the squad to the south coast, was punished.

Asked at Southampton why Kean had been omitted the Toffees boss, who received an apology from the player, would only say it was “a decision, just decision”.

All is not well and a return to Serie A could be on the cards, if reports in Italy are to be believed.

Milan were in the hunt to sign Kean from Juve in the summer before the player opted for Goodison, and the Rossoneri could now get their wish of a deal.

It is claimed that Kean’s agent Mino Raiola has been in touch with Milan regards a possible deal after becoming frustrated with the player’s lack of opportunities with Everton.

Milan are struggling in Serie A and see Kean as the ideal player to help them get back on track.