Toffees midfielder out of England squad 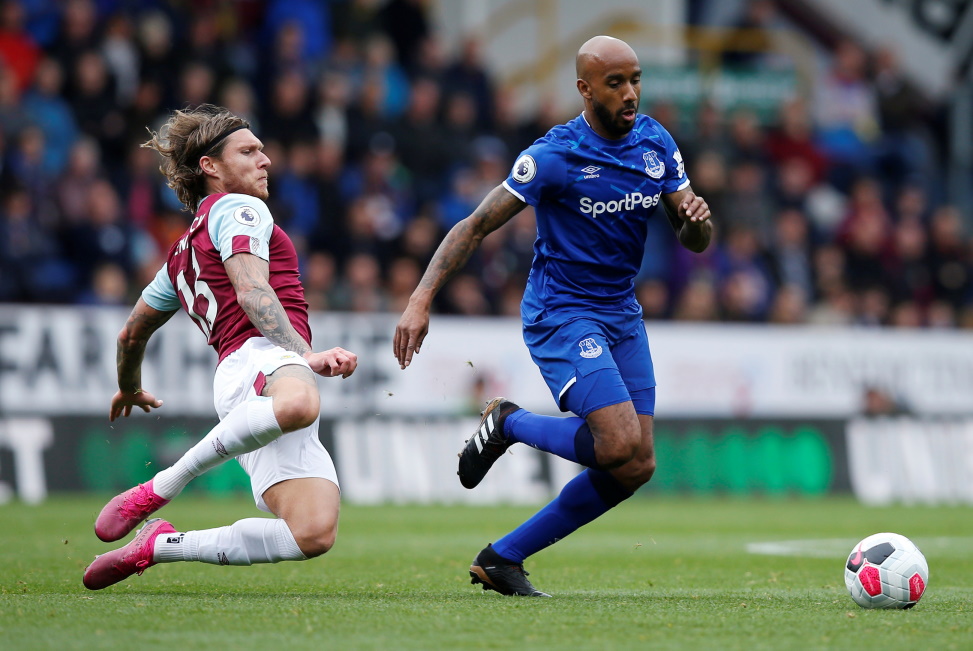 Everton midfielder Fabian Delph has withdrawn from the England squad and returned to Merseyside due to injury.

The exact nature of the problem and how long he will be out for has not been revealed, but the midfielder has returned to the Toffees for further rehabilitation, the Football Association has announced.

A statement from the FA said: “The midfielder arrived with an injury but it was hoped he would be available to play a part in the Three Lions’ forthcoming Euro 2020 qualifiers.

“However, it has now been decided that Delph is unlikely to feature and will return to his club for further rehabilitation.”

England have not named a replacement for the 29-year-old and will go with what they have got for the forthcoming games against Montenegro on Thursday and the trip to Kosovo on Sunday.

Fabian Delph has left the England camp and has returned to Everton.

Delph last appeared for England in the Nations League third-place play-off victory over Switzerland in June, but has remained an integral part of Gareth Southgate’s squad in the meantime.

The former Aston Villa and Leeds midfielder has got his career back on track since making the free transfer switch from Manchester City, where he struggled to get regular game time under his belt.

Delph has made 10 appearances for Everton this season but did sit out the club’s 2-1 win at Southampton on Saturday through injury.

Marco Silva’s men are next in action on November 23 when they entertain Norwich City at Goodison Park, and the race is now on to try and ensure that Delph is fully over his issues and ready to face the Canaries.

Everton have climbed to 15th in the Premier League table following a 1-1 draw with Tottenham and a 2-1 win at Southampton at the weekend, and will be hoping to continue the revival against Daniel Farke’s side.