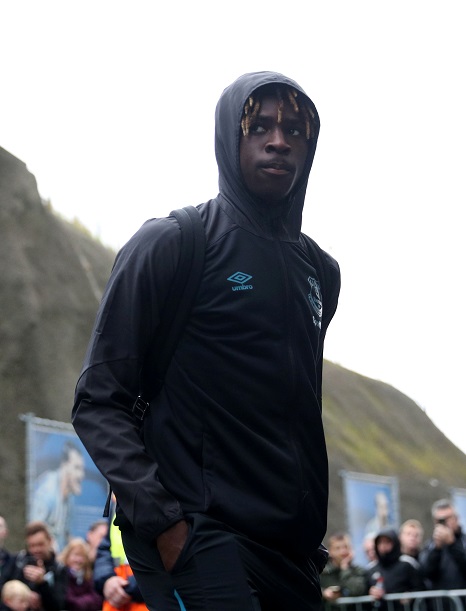 The father of Everton forward Moise Kean says he made a "mistake" in allowing his son to leave Turin for Merseyside in the summer transfer window.

Italy international Kean arrived at Goodison Park from Serie A champions Juventus this summer in a deal worth a reported £30million and his signature was seen as a sign of things to come for the Toffees, who handed him a five-year contract.

Marco Silva spent over £100m on seven new arrivals, with Alex Iwobi, Jean-Philippe Gbamin, Andre Gomes, Fabian Delph, Djibril Sidibe and Jonas Lossl all joining the squad, and there were high hopes for Everton ahead of the 2019/20 campaign.

However, it has been a difficult season so far and the club are languishing down in 15th position in the Premier League, six points above the relegation zone and a massive 11 behind fourth-place Manchester City, who hold the final Champions League spot.

“Going to the Premier League was a mistake. I’ll leave a message for my son: return to play in Italy and you will become a great player, come play at AS Roma with your friend, Zaniolo. Don’t think about the money, but about your career.” – Moise Kean’s father Jean Kean pic.twitter.com/HeHg6Pr9or

Unfortunately, Kean is yet to score from 11 appearances to date and he was recently fined by Everton for turning up late to a team meeting, which has subsequently seen him relegated to a substitute role over the past few weeks.

Interest in the Italian is said to be high, with reports on Thursday claiming Roma and Sampdoria are both considering moves when the January window opens.

Speaking about a potential return to the Serie A, Kean’s father says he is hoping the interest in his son is real as he wants a transfer to happen.

“Sending my son to England was a mistake because he’s still a young boy, he’s not feeling good at Everton, I didn’t like this transfer,” he told Centro Suono Sport.

“I hope he can get back to Italy right away. I hope Roma are interested, the important thing is that he comes back here.”

Everton return to action on November 23 when they play host to Daniel Farke’s Norwich City, who are winless from their last seven matches and have slipped to the foot of the table.