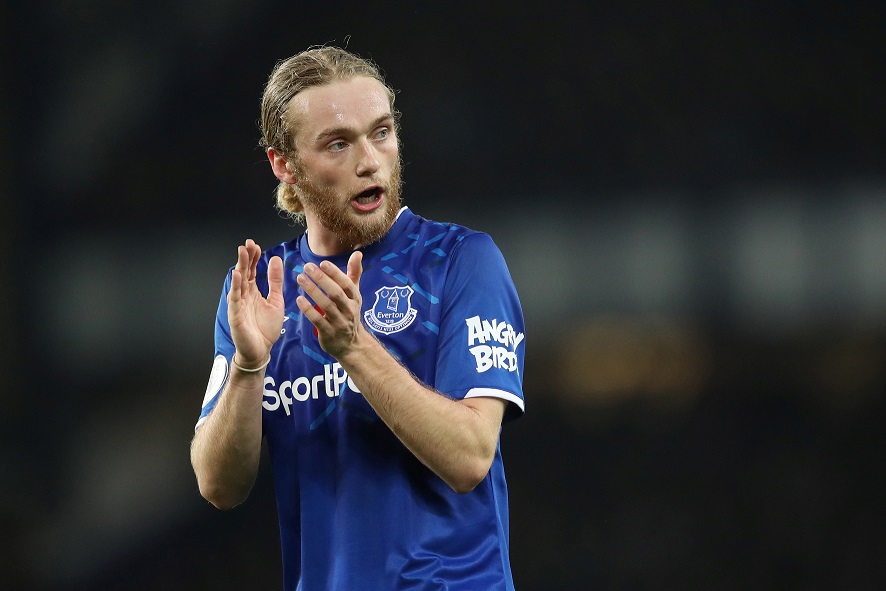 Tom Davies may have returned to the Everton starting line-up in recent weeks, but believes he can still improve and go beyond the level he is at.

With a lengthy absence facing Andre Gomes and Fabian Delph also struck down by injury, Davies has been handed his chance to impress in the middle of the park recently for the Toffees.

The 21-year-old has certainly done that and has been one of the reasons for the Blues’ recent upturn in form, which has seen them lose just one of their last five matches in all competitions. He was recalled to Marco Silva’s starting XI team for last month’s victory over West Ham United and has not looked back.

Davies has been asked to play in a more attacking midfield role and took advantage of that in the win at Southampton, scoring the first goal in the 2-1 success at St Mary’s before the international break.

The Toffees star also played the full 90 minutes for the England Under-21s last week, as Aidy Boothroyd’s side brushed aside Albania 3-0 in Shkoder on Friday.

He’s certainly not resting on his laurels, though, and insists there is more to come, as Everton eye a Premier League run that propels them into the battle for European qualification.

Silva’s men go into this weekend’s home clash with Norwich just three points behind fifth-placed Sheffield United, even though they remain sixth from bottom.

Speaking to the Everton club website, Davies stated: “You are always looking to improve as a player. I am not going to settle for being at the level I am now.

“I am just looking to learn from everyone. I feel like a responsible figure in the team. It is massively helping me, the coaching staff there look after me, so I am grateful for that opportunity.”

Davies, who has now made over 80 first-team appearances, puts some of his recent upturn in form down to doing more work in the gym and to his recent switch to a vegetarian diet.

A real test faces Davies and his team-mates next month, though, with Everton looking at a very tough run of fixtures in December. They start the month with a trip to Leicester, followed by the Merseyside derby at Anfield, before league games at home to Chelsea and then away to Manchester United.