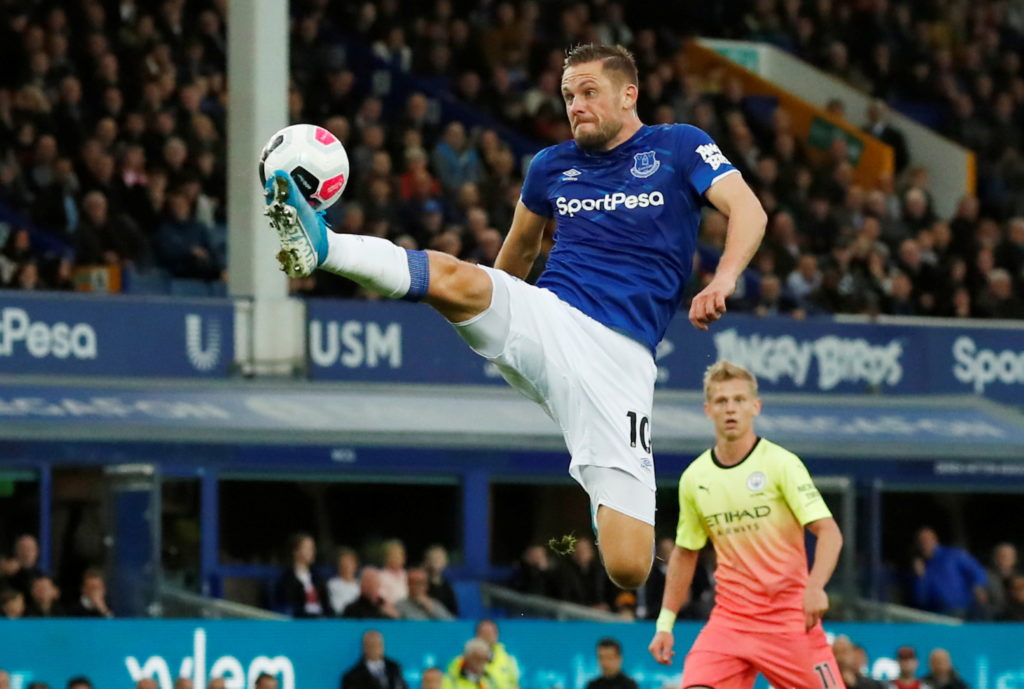 Richarlison gave the Goodison Park club a first-half lead before Jamie Vardy levelled matters in the second half.

It looked as if Everton were going to claim a share of the spoils until the dying stages when Kelechi Iheanacho hit an injury-time winner for the Foxes.

Sigurdsson felt there were some positives to take from the performance and believes it was an improved display on their previous outing, a 2-0 home defeat to promoted Norwich at Goodison Park.

Everton are back in action on Wednesday night when they make the short trip to Anfield to face runaway league leaders Liverpool.

Manager Marco Silva is under real pressure and there has been speculation the club are ready to axe the boss after a poor start to the season.

However, Sigurdsson feels it is crucial they remain united as the side bids to pull clear of danger.

“The (Leicester) performance was better than last week (against Norwich). We have to keep going, look at the videos, stick together and stay positive,” he told the club website. “We have a lot of games coming up where we can change this.

“We’ve come away with as many points as we did last week, that’s the frustrating thing, but we have another game on Wednesday which is a big one for us.”

Everton go into Wednesday’s Merseyside derby in 17th place in the Premier League table and just two points clear of the bottom three.

The Blues have managed only one win on their travels in seven attempts in the league this season, a 2-1 success over struggling Southampton last month.