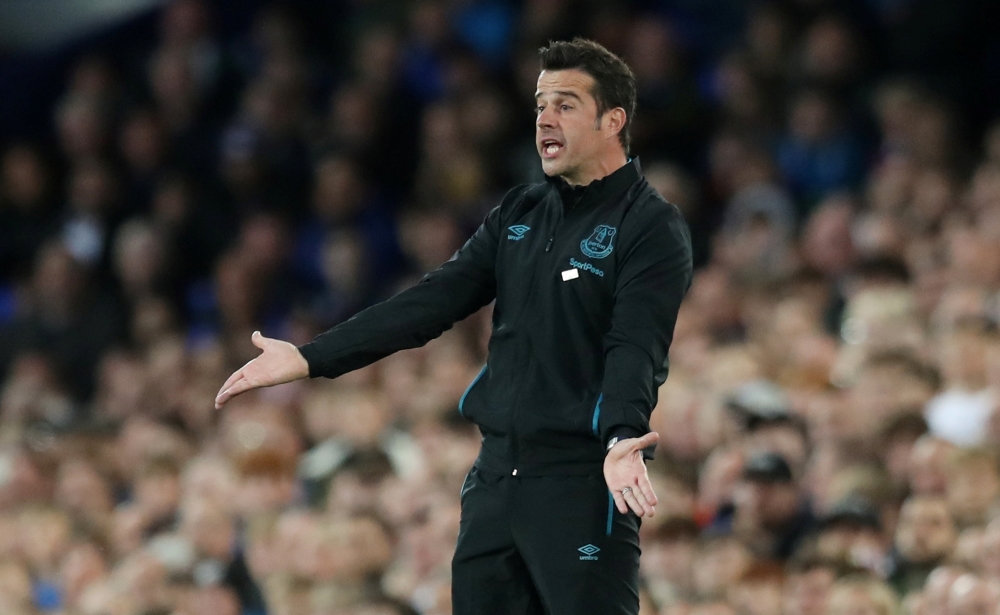 The Portuguese had been under intense pressure since a home defeat by Norwich on November 23 and that was followed by losses against Leicester and, on Tuesday, a 5-2 hammering by Liverpool.

Reports on Thursday morning emerged that the patience of majority shareholder Farhad Moshiri and the board had finally run out and the axe came down shortly after 7pm.

A statement from Everton read: “Everton Football Club can confirm that manager Marco Silva has left the club.

“Majority shareholder Farhad Moshiri, chairman Bill Kenwright and the board of directors would like to thank Marco for his service over the last 18 months and wish him well for the future.

“Duncan Ferguson has taken temporary charge of the first team and will manage the side for the game against Chelsea on Saturday.

“The club aims to confirm a new permanent manager as swiftly as possible.”

Silva leaves with Everton in the relegation zone and with matches against Chelsea, Manchester United and Arsenal to come before Christmas.

Former manager David Moyes, potentially in association with ex-player Tim Cahill, appears to be the front-runner for a permanent return to the club he left for Manchester United in 2013 but his name is not universally popular with fans.

Having finished last season – Silva’s first with the club – with a run of 17 points from a possible 24 and a summer spend of almost 120million, there was an expectation the team would kick on from their eighth-placed finish and challenge the established top six.

That did not materialise and, while Silva has been unlucky with injuries, losing summer signing Jean-Philippe Gbamin after just two matches and then seeing midfielder Andre Gomes’ season ended by a dislocated ankle fracture, his team selections have been muddled and confusing.