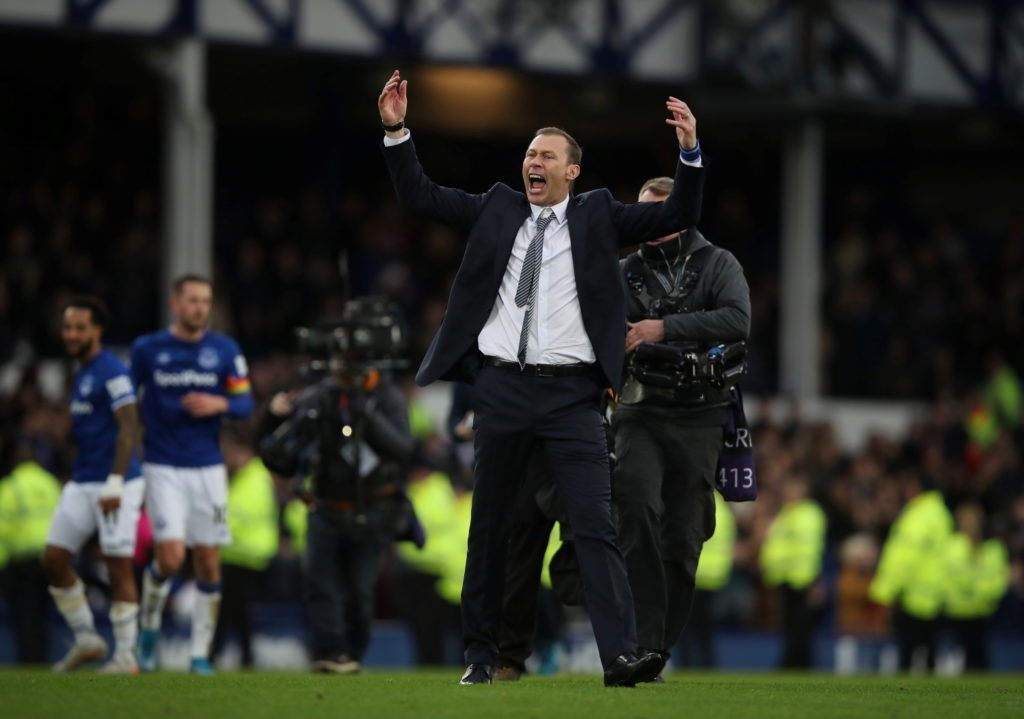 Duncan Ferguson will remain as Everton manager for Sunday's trip to Manchester United and says his squad are relishing the trip to Old Trafford.

Ferguson was placed in temporary charge for the game against Chelsea on Saturday, guiding them to a 3-1 win, and he will be in the dugout again for the meeting with United.

The former striker wasn’t expected to be in the running for the managerial post on a permanent basis following Marco Silva’s sacking, however, the victory over the Blues has put him in the mix.

Another strong performance at Old Trafford would help to further the Scot’s cause and his history with the club will also go some way in boosting his chances.

United may have endured some tricky patches this season but are expected to provide a stern test for Everton after recently finding some form.

Saturday’s 2-1 win over defending champions Manchester City at the Etihad took their unbeaten streak in the league to five matches and has moved them up to fifth.

Ferguson insists he has seen a lift in the squad after last weekend’s exploits and hopes that can be carried through to the encounter with United.

“We have noticed the lift everywhere in the city, at Finch Farm and on the training field. The players are delighted, now we just have to go again. [We have] confidence because we won the game, so the players are up for it,” Ferguson said.

“We have to make sure we create chances, make sure we get in the final third. We can do that. I think we can score a goal and that is what we are looking to do.”

Everton earned a 4-0 victory over United in their most recent meeting and punters using their free bet may want to back them to down the Red Devils again.