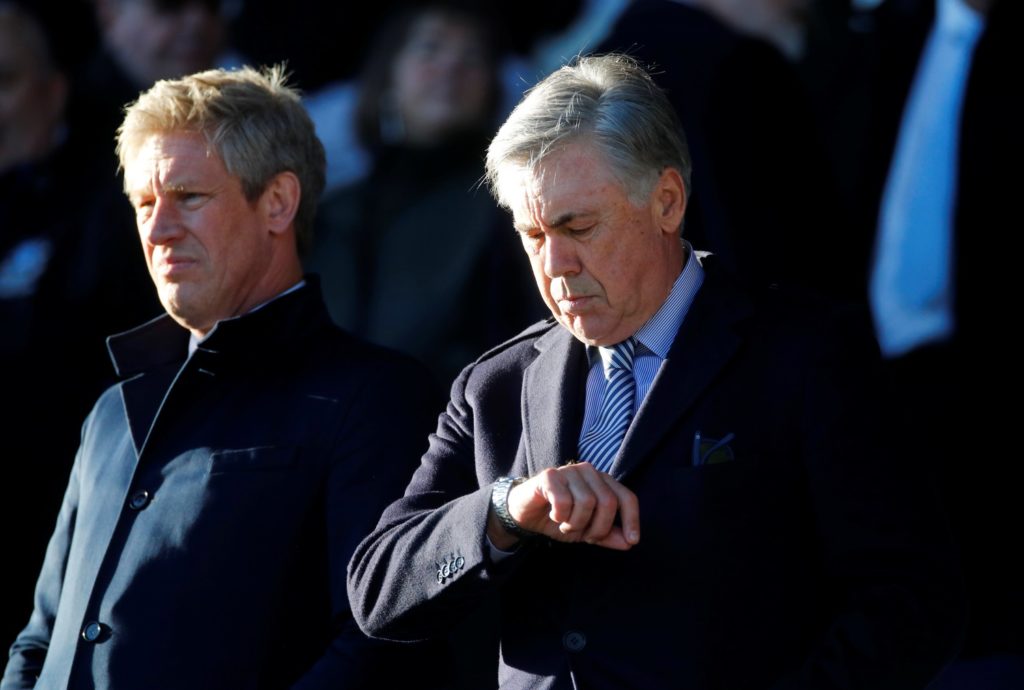 Everton will have another crack at breaking their awful Merseyside derby record on Sunday.

The Blues have failed to register a single win over Liverpool in the derby since 2010 and, incredibly, have failed to win at Anfield in any competition since 1999. That’s just the 22 short trips across Stanley Park for the club’s long-suffering fans without reward.

But surely if they are to break the jinx, this weekend provides the Blue half of Merseyside with the perfect opportunity to right a wrong that has lasted over 20 years?

Every time the derby rolls around the negative Toffees fans probably write off their chances of claiming a shock win, while the more upbeat supporters of a Blue persuasion may point to the law of averages to suggest one day – maybe this time – they can land a blow on their rivals at Anfield.

Clutching at straws it could be, but there are reasons for optimism heading into Sunday’s third-round tie, which is a repeat of the same game from exactly two years ago, one which, somewhat inevitably, ended in a 2-1 defeat for the visitors from up the road.

However, on Sunday, Everton could be facing a much-changed Liverpool at just the right time in the cup this year.

For starters, there has been a marked improvement since Carlo Ancelotti took charge just before Christmas and wins over Burnley and Newcastle were followed up by only a narrow 2-1 loss at Manchester City on New Year’s Day.

Then throw into the mix the form of striker Dominic Calvert-Lewin, who has hit five goals in his last six games, and you have a player who may be able to take advantage of an inexperienced home defence at Anfield.

Then there’s two other factors to consider, namely the managers – Jurgen Klopp and Ancelotti. If Ancelotti, who has said Morgan Schneiderlin, Fabian Delph and Bernard should all be fit, keeps changes to a minimum, and goes strong against a likely weakened Liverpool team, he clearly gives himself a far better chance of a debut derby success.

It’s also worth bearing in mind Klopp has a poor record in the competition since taking over and usually fields a second-string side. He’s not been able to get past the fourth round since being in situ at Anfield since autumn 2015 and, that aforementioned win over Everton aside, it’s usually been a tale of woe in this competition for the Reds of late.

Klopp appears not to prioritise the FA Cup in comparison to their Premier League and Champions League campaigns and will again rotate his first-team squad.

Ordinarily, that could mean starts for Joel Matip, Dejan Lovren, Naby Keita, Alex Oxlade-Chamberlain and Xherdan Shaqiri, among others, but those five are injured, so the likes of barely tested youngsters like Harvey Elliott, Ki-Jana Hoever and Curtis Jones are tipped to come in.

If Klopp opts for a particularly young side, he could come a cropper again and hand the Toffees a rare chance to gloat over their close rivals.

And, finally, another possible omen to predict an Everton win comes in the shape of Ancelotti’s recent record against Klopp. He’s one of the few top-level managers who has got the better of the German in the past couple of years, with his former Napoli team beating Liverpool twice in the Champions League group stages.

The Italian appears to know how to set his team up to nullify Klopp’s attacking intent and will try to use similar tactics this weekend. And if he’s successful, and other things fall into place, a rare away win might just be celebrated in the Anfield Road stand.