Everton set sights on Europe after shooting down Eagles 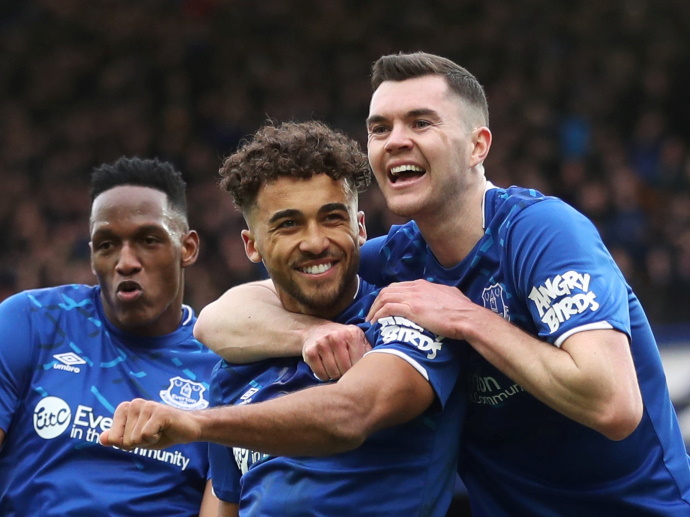 Everton manager Carlo Ancelotti says it is points that matter more than performances following the 3-1 win over Crystal Palace on Saturday.

Speaking after the game, Ancelotti admitted that for an hour against the Eagles, the display was “not good” but as far as the Italian is concerned it is all about the result at the end of it.

The victory over the hopelessly out-of-form Eagles saw Ancelotti’s side move within five points of fourth-placed Chelsea, and in a far better position than when he took over the club.

That is a scenario which was unthinkable two months ago when Marco Silva was sacked with the club in the bottom three but the Italian’s experience and winning mentality has had an instant effect on the players.

The 17 points from his eight matches in charge is bettered only by near-neighbours and runaway Premier League leaders Liverpool (24) over the same period and is the reason why they are now genuine contenders for European football.

“I prefer to win than to have a good performance and lose. It is normal,” said the three-time Champions League winner after goals from Bernard, Richarlison and Dominic Calvert-Lewin. “The result is really important for us after a performance that was not so good for 60 minutes.

“The work everyone has done was really good: players, club, staff, everyone and now our table is good and we can dream to fight for the Europa League in the next games.”

Ancelotti even excused a mistake by England goalkeeper Jordan Pickford in allowing Christian Benteke’s shot to go under his body for the equaliser early in the second half.

The Toffees can take time to recover during their two week winter break before launching a push for a Europa League place.

They are next in action when they travel to Arsenal on Sunday February 23.