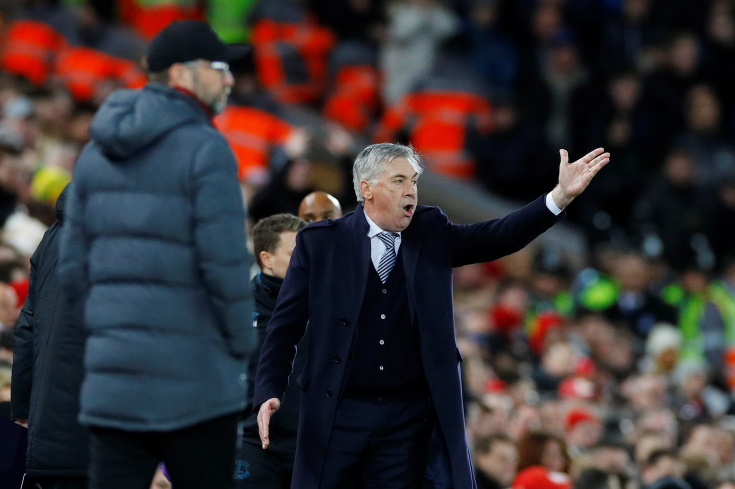 Eyebrows were raised when three-time Champions League winner Carlo Ancelotti took the Everton job, but it has the making of a match made in heaven.

It is still very early days but the Italian has quickly turned the Toffees from a side with relegation fears, to one that could finish the season with a place in the Europa League.

Much was made of the fact that Ancelotti would not be suited to the Everton job after spending the bulk of his career travelling around the top clubs in Europe and often winning silverware.

Most recently he was pushing for the Serie A title with Napoli before being axed following a disappointing start to the 2019/20 season.

But he was never going to be able to push for the Premier League during his spell with Everton, no matter how long he is at Goodison Park. Not while near-neighbours Liverpool and Manchester City look set to dominate for the foreseeable future.

However, he was presented with a fresh challenge at Goodison and has grabbed it with both hands.

📊 @Everton have lost 1 of 8 PL games since Carlo Ancelotti’s first in charge on December 26.

Everton have picked up 17 Premier League points since Ancelotti took charge, with only Liverpool gaining more during that spell. They look a completely different team to the one that was plummeting down the table under the leadership of Marco Silva.

Ancelotti has been there and done it, he is older and wiser and probably a lot calmer, and it would appear that mentality is rubbing off on the players and getting the very best out of them.

The murmurings coming out of the dressing room suggest it is a very happy one and the players are responding.

In particular, Dominic Calvert-Lewin who has scored six goals in nine games since Ancelotti took charge, while Richarlison now has 11 for the season and even found himself being linked with Barcelona in the January transfer window.

Whereas Silva’s answer was often to reach for the chequebook, all this has been done without a flurry of new signings, so it will be interesting to see what happens once Ancelotti has a full summer to tinker with his squad.

The acid test will come after the winter break when Everton have a testing run of fixtures. They face Arsenal, Manchester United, Chelsea and Liverpool one after the other, in a run that will likely make or break their hopes of finishing in a European spot.

But whatever happens between now and the end of the season, the appointment of Ancelotti looks to be a masterstroke and it appears that after finding themselves in some sticky situations, the Toffees have finally got one right.