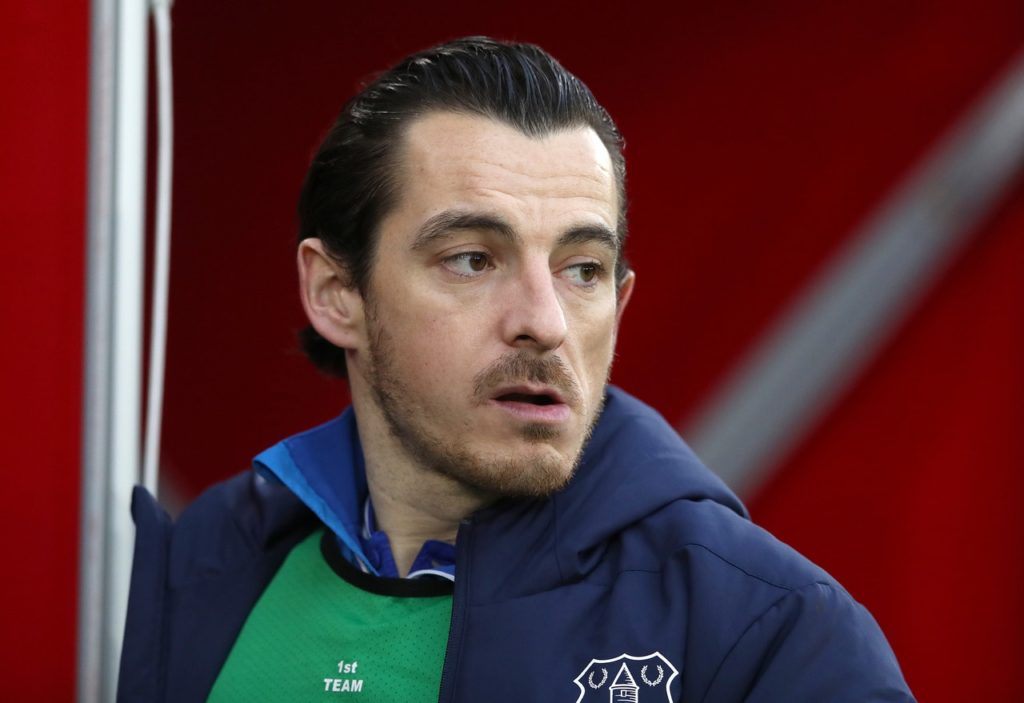 Leighton Baines has recently returned to the Everton side and the experienced left-back may well play a key role in the run-in for Carlo Ancelotti.

Baines is the Blues’ longest-serving player, having joined from Wigan Athletic way back in 2007, and remains a model professional, even if he’s no longer first choice at the back.

Lucas Digne would normally be the preferred name on the team-sheet down the left-hand side for Everton but his current injury means Ancelotti has turned to Baines again and it’s no surprise the 34-year-old has slotted back into the side as if he’s never been away.

Baines was always a reliable performer and hasn’t let anyone down, playing the full 90 minutes in the club’s last two games against Arsenal and Manchester United.

In fact, there’s an argument to say the veteran was one of the Toffees’ top performers on Sunday in the 1-1 draw with the Red Devils, as he was regularly involved going forward and in defence, having more touches of the ball than any other Everton player with 66.

While the modern game clearly favours young, fit and fast players, there is still room for a wise old head or two and Baines, who may not be as dynamic down the wing as he used to be, would still be an asset to any team.

One of the full-back’s greatest strengths was his delivery from set-pieces and that is not something you lose with age, while he will always be a goal threat from distance with his left-foot when in an advanced position.

You only have to look at his piledriver against Leicester City in the Carabao Cup in December for evidence of that.

🚀 | This goal deserved more than what happened next… 😢

Leighton Baines. Still got it. 💙 pic.twitter.com/epTkT1u6ur

Plenty of other players coming towards the end of their careers would be happy seeing out their contracts quietly but Baines insists he’s as eager as ever for action and appears to have the same appetite for the game he had when first coming through with the Latics.

He is one of the leaders in the Goodison Park dressing room and demonstrated his perfect attitude in a recent interview with Everton’s official website. He said: “One consistent for me is fear of failure and letting other people down.

“Even now, pushing myself, in case I’m needed,” he added. “As a player, you can’t go, ‘Aw well, I don’t really play regularly anymore – I can switch off a bit’ I go the other way and say, ‘I’m not getting the games, and that’s where you get your match fitness, so what else can I do to replace that?’.”

Those words will be music to Ancelotti’s ears and, even when Digne returns to fitness and likely retakes his place, Baines will remain a key man for Everton in the background with his professionalism driving others on and keeping standards high as the Merseysiders aim for a top-six finish.