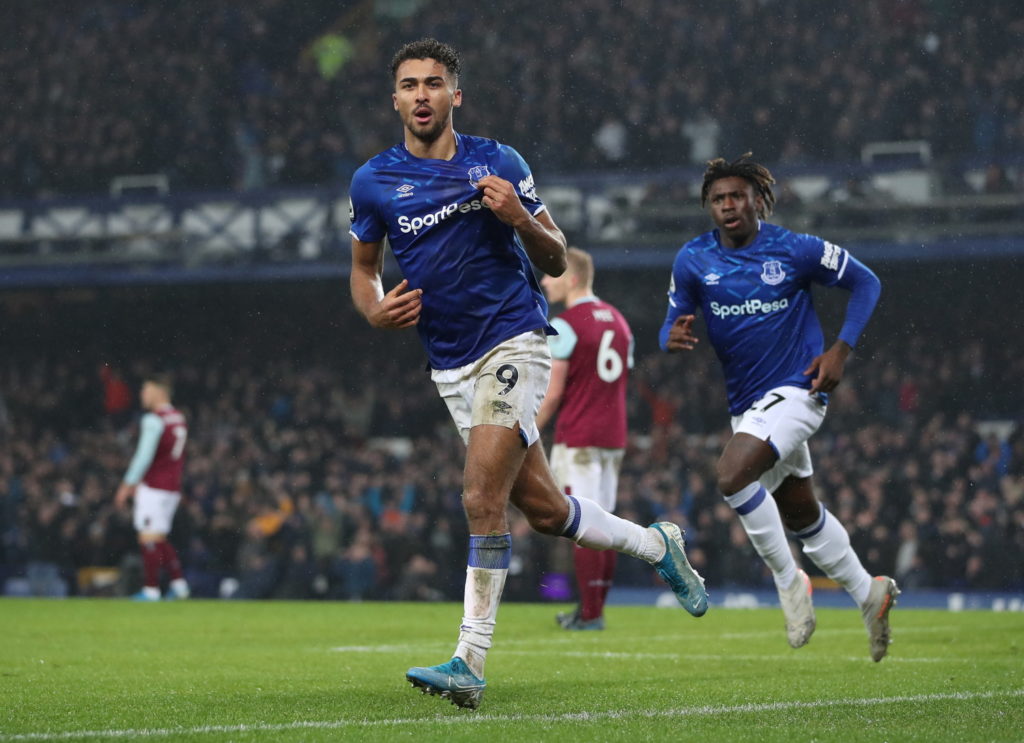 It's no surprise to hear Everton's Dominic Calvert-Lewin has signed a new five-year contract after the striker's fine run of form recently.

Calvert-Lewin has penned a new long-term deal at Goodison Park after an outstanding spell up front under new boss Carlo Ancelotti, who seems to be the perfect coach for the 22-year-old.

The Sheffield-born star is flying for the Toffees and has now hit eight Premier League goals since Ancelotti’s first game in charge on Boxing Day – more than any other player in the top flight during that period.

That’s the goal of the season award wrapped up then 😂 #UTFT pic.twitter.com/xzL2p6ROXv

Things appear to generally be on the up for the Blues under the Italian after a disappointing spell under previous boss Marco Silva – and Calvert-Lewin is the poster boy for the new regime, representing the club’s seemingly bright future.

Since the turn of the year, they have lost just twice in the league – narrowly to Manchester City and Arsenal – and while a top-four finish is now looking optimistic, fifth remains a possibility with Ancelotti’s side only five points behind current incumbents Manchester United with 10 games still to play.

After another talented youngster in Mason Holgate committed his long-term future to the club earlier this week, it’s great news for Everton fans that Calvert-Lewin has also signed a new deal that should keep him on Merseyside until 2025.

The striker has netted 13 goals in 26 Premier League appearances this season, with a further two in the Carabao Cup, and is emerging as the prolific goalscorer Everton have needed since Romelu Lukaku left for Manchester United in 2017.

He has 32 goals in 124 senior appearances in all competitions for Everton in total and also has a good record at international level, hitting six goals in 14 games for England Under-20s and seven in 17 for the Under-21s.

There were some fears the rising star could follow the same path as Lukaku and move to Old Trafford amid reports United were plotting a £50million summer bid, but news of his deal should put that to bed.

So good has Calvert-Lewin’s form been that he’s now rated in the £50million-plus bracket and his new contract will ward off potential suitors with the striker making it clear he wants to be part of what’s happening at Goodison under Ancelotti.

An England call-up ahead of the Euros also looks a certainty for a player who has raised his game in the past few months and now looks ready to make the most of his vast potential.