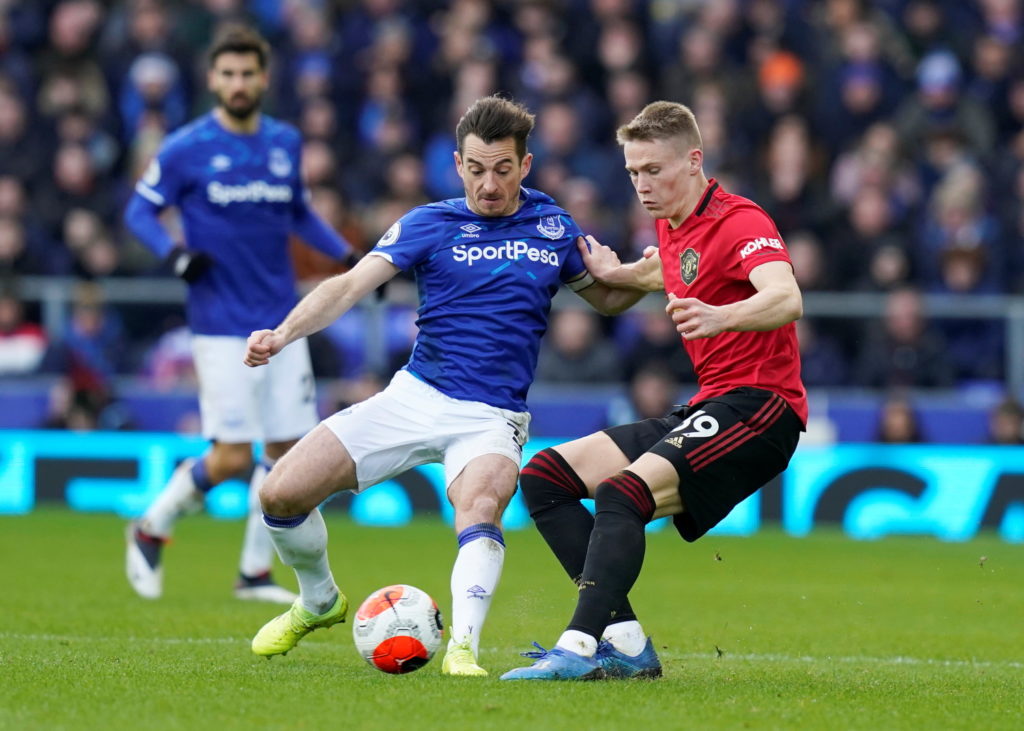 The 35-year-old left-back has made over 400 appearances for the Toffees since joining from Wigan Athletic in a deal worth £6million in summer 2007.

Baines has recently returned to the first-team fold due to injury concerns surrounding first-choice Lucas Digne and his performances have resulted in Ancelotti expressing a desire to keep him beyond his current deal which expires in June.

When asked about him signing for another season, the Italian said: “There is a possibility. We are going to talk with him what he’s going to do. He’s really important for us.”

The news comes on the back of 22-year-old starlet Dominic Calvert-Lewin agreeing to sign a new deal running to the summer of 2025.

Calvert-Lewin, who has scored 15 goals in all competitions this season and eight in his last 10 Premier League appearances, is now looking to continue his progress with the Toffees.

He told everton.tv: “We want to be in Europe and competing in the top competitions. It would mean that bit more to win trophies here because of the journey I have been on with Everton and Evertonians. It feels personal and that is how I like it.”

He added: “Personally, I want to get to that next level. I like to think I have shown I am ready to live up to the expectations of being Everton’s number nine.”

Ancelotti was delighted to tie Calvert-Lewin down to a new deal on the back of Mason Holgate also signing a new five-year contract this week.

The 60-year-old said keeping two quality, young English players is important for the “structure” of the club.

Meanwhile, after last weekend’s draw with Manchester United, Everton face another of their rivals for European football this weekend when they travel to face Chelsea. Ancelotti spent two seasons at Stamford Bridge from 2009 to 2011, winning the Premier League and FA Cup.

He thinks it will be “an emotional moment” for him and is looking forward to seeing Blues boss Frank Lampard, a key player for him during his time in charge at Stamford Bridge.