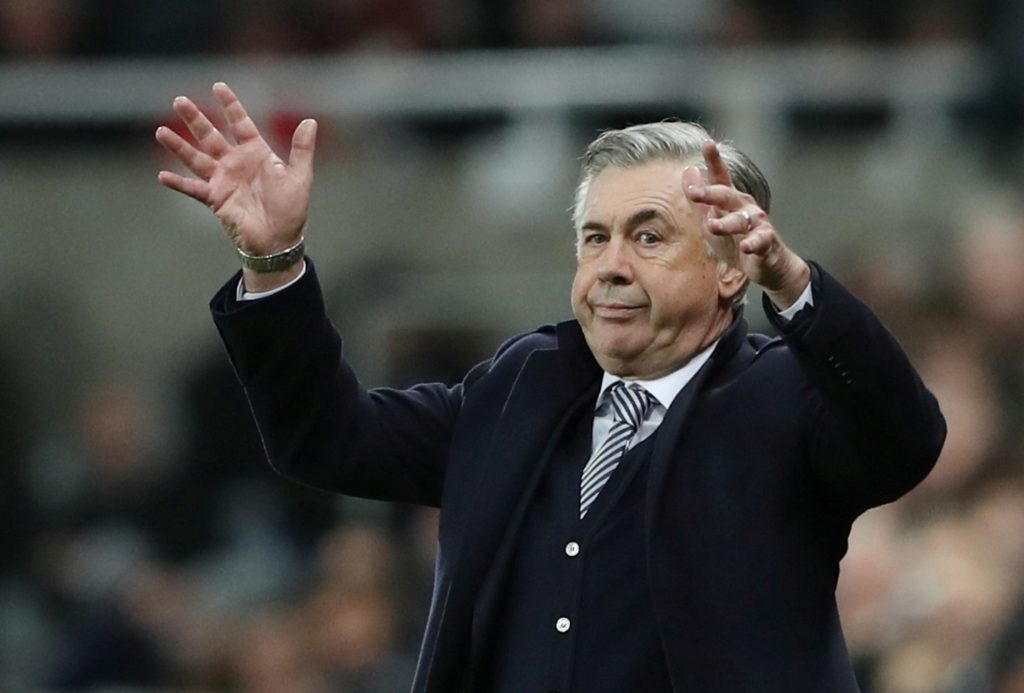 After a tough few weeks, Everton's season is on the verge of petering out following a strong start under Carlo Ancelotti.

The Italian, a three-time Champions League winner, was hired in December after a poor start to the campaign with former coach Marco Silva at the helm.

Everton soon found their rhythm under the former AC Milan boss as he helped them pick up 18 points from his first 10 matches.

A top-seven finish was soon mentioned, and a return to Europe looked likely, but now their season is at a crossroads.

The fixture list has not been kind to them of late, with Arsenal, Manchester United and Chelsea all taking points from them.

They were beaten 3-2 by Arsenal, while a draw against Manchester United could have been avoided had VAR not got involved in the dying minutes.

Ancelotti’s return to Stamford Bridge at the weekend was a sour one as he watched his team struggle to compete against Chelsea before they succumbed to a 4-0 defeat.

Both players are young and hungry for success although they may need to wait to play in Europe unless Everton can quickly improve their fortunes.

The Toffees are now 11 points behind the top four, while even a place in the Europa League could be at risk.

Ancelotti’s men are 12th after Sunday’s defeat and six points behind sixth-placed Wolves. Sheffield United are also in the running for a spot in the Europa League and the Blades could be aided by their game in hand.

Everton will still feel they can make up ground on their rivals although their upcoming schedule looks to be one of the toughest in the league.

They will also need to do battle with Norwich City although that game has been postponed due to the Canaries’ FA Cup exploits.

While Andre Gomes’ return to action and Calvert-Lewin’s form has been positive, Everton are still not the finished article and they maybe need one more season to prepare for European competition.

Celtic’s Odsonne Edouard has been on their radar in recent weeks but Ancelotti looks set to miss out on several big names if his team cannot turn their fortunes around.