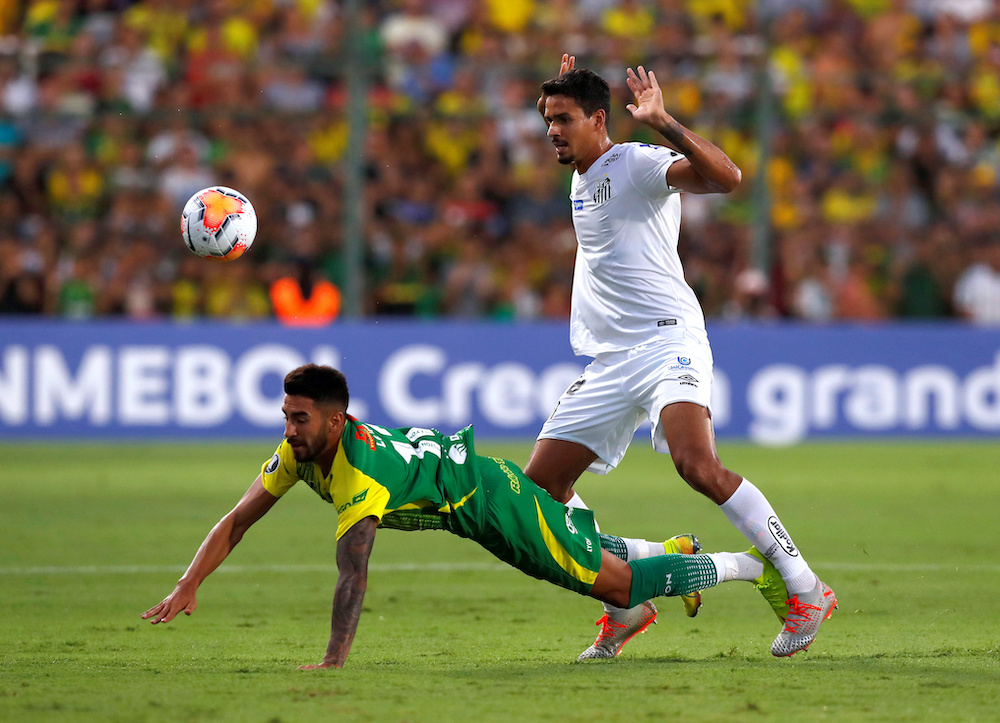 Santos president Jose Carlos Peres says the Brazilians are willing to sell Lucas Verissimo at the right price after rejecting an offer from Everton in January.

The Toffees were heavily linked with a move for centre-back Verissimo during the last transfer window and tabled an offer to take him on loan for the rest of the season.

However, that deal was rejected, with Santos only looking for a permanent sale, and Peres admits they came close to cashing in on the 24-year-old.

Peres say Italian side Torino were in advanced talks to sign Verissimo before the plug was pulled on that deal, with the two sides having agreed a price of 10million euros.

Heading towards the next transfer window, it is looking increasingly likely Verissimo will be allowed to move on from the South American giants and Peres has now set the asking price for all interested parties.

“As for Lucas Verissimo, the defender had practically been sold to Torino for €10m, a very low sum considering we wanted at least €12m. Then our coach begged us not to sell him, so we had to slow that deal down,” he told Calciomercato.com.

“Verissimo still has a lot of offers but the problem is that despite his name, he doesn’t have Italian citizenship.

“Everton and Carlo Ancelotti also tried to take him on loan in January, but we were clear he is only available on a permanent transfer.”

Verissimo’s lack of an Italian passport could see him struggle to get a work permit were he to be signed by Everton this summer, a scenario that may put them off following up their initial interest.

Defensive additions would appear to be the priority for the Toffees heading into the transfer window, with Ancelotti’s men having already been linked with moves for the likes of Manchester United’s Chris Smalling, Lille centre-half Gabriel and PSG full-back Thomas Meunier.

Most recently, Everton have been mentioned in connection with PSG defender Thiago Silva, who is out of contract at the end of the season and he has worked with Ancelotti previously.