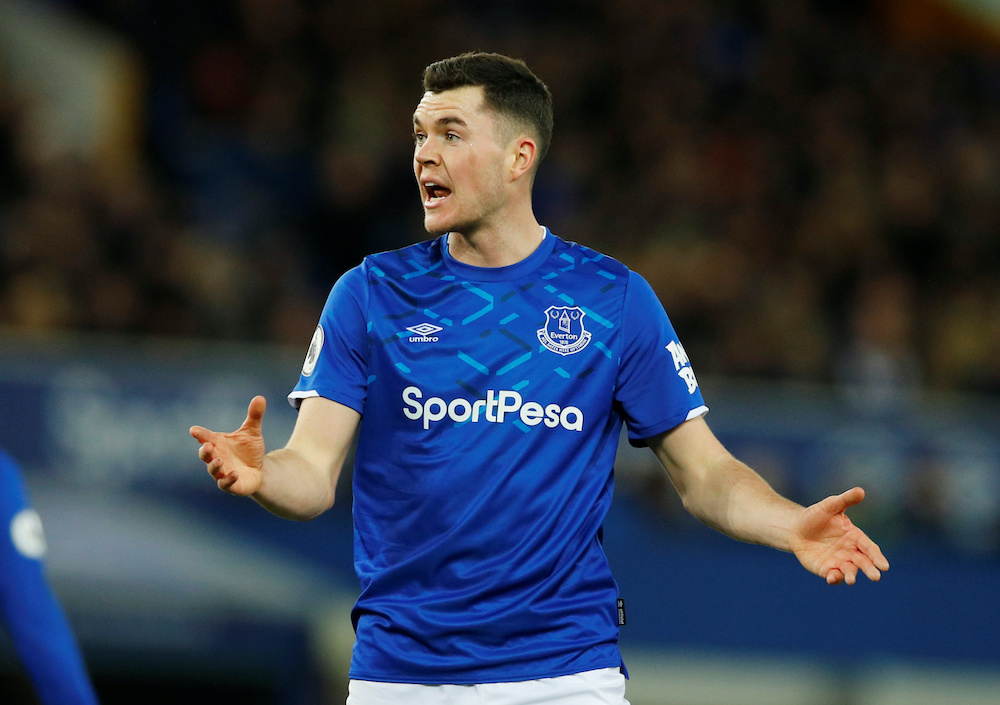 Michael Keane says it would only take two weeks of training to get the Everton squad back up to speed once the Premier League restarts.

England’s top flight, like the majority of leagues across the world, has ground to a halt as a result of the coronavirus pandemic.

All professional football in England has been suspended until April 30 at the earliest and it seems unlikely the teams will be back in action anytime soon given the current government measures in place to stop the spread of the virus.

Government advice right now has called on people to work from home, wherever possible, and football players are no exception.

Everton closed their Finch Farm training base earlier this month after one member of staff developed symptoms of the coronavirus and the players continue to keep fit at home.

Keane has revealed Carlo Ancelotti’s fitness staff are monitoring their work remotely, making sure they log their training sessions and keep fitness levels up.

The former Burnley defender admits it hasn’t been easy trying to stay in shape without all their usual equipment and therefore believes players would need around a fortnight of training before they are ready to play competitively again.

“The Premier League could start again in a month, it could be longer,” he told talkSPORT.

“So we’ve just got to keep that base level of fitness. As long as we get a couple of weeks proper training before the next game – and the lads have worked hard in the meantime – we’ll be fine.”

Some clubs have started training again but not in the usual fashion. Championship promotion chasers West Brom have brought in three players at a time to work at their facility in an effort to keep them in shape.

While football is on hold, Keane is one of several players trying to do his bit during the coronavirus pandemic, with the Everton squad and boss Ancelotti contacting isolated members of the fanbase in an effort to try and keep spirits up.

“It’s great to hear the happiness in their voice when you call.” 📞

Michael Keane explains how he’s been calling Everton fans to check up on them. pic.twitter.com/FT3iFASA3T