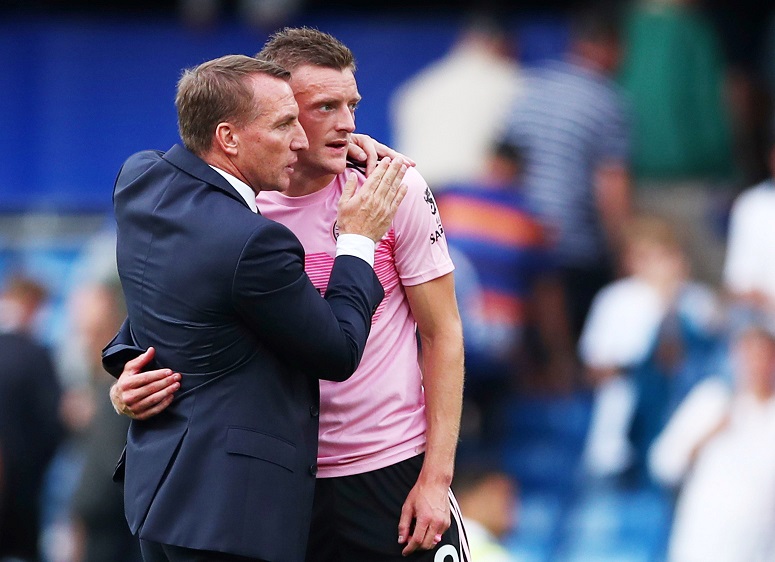 Brendan Rodgers is hoping Leicester star Jamie Vardy will remain with the Foxes "for many more years".

Vardy has been a revelation since Rodgers arrived at King Power Stadium at the end of February, scoring 19 goals in 22 games, including 10 this season, and five in his last three appearances.

Vardy and Leicester next face Arsenal at home on Saturday, a club the 32-year-old considered joining three years ago following the Foxes’ fairytale Premier League triumph.

Instead, he opted to remain with a club he joined for just £1million from Fleetwood over seven years ago and Rodgers is delighted to be able to work with the experienced striker on a daily basis, who he says is one the best in Europe.

Rodgers said: “He is a top striker but he loves competition. He is a competitor. I see it every day in our working time together. I don’t think being the main man he is the type of guy who has proven himself all his life, all his career, and he has proven himself to be one of the top strikers in Europe, for me.”

Rodgers admits Vardy could eventually end his career elsewhere, with a move abroad a possibility one day, but he hopes he will not be lured away for some time to come.

“His best years will be here, and if you look at him now there are a few more to go yet,” the Foxes boss added. “And then what he wants to do in a few years’ time, you never know. He may want to play elsewhere in another country, which he could do, but hopefully he is going to be here for many more years.”

Vardy will hope to add to his impressive goal tally for the season so far against the Gunners on Saturday and also help Leicester stay in the top four with another victory.