Should Southgate push for a Vardy England return? 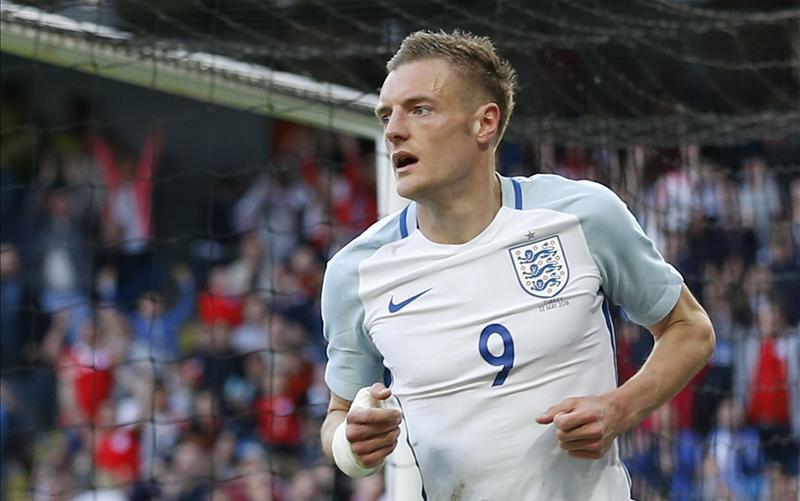 Jamie Vardy “stepped aside” from England duty after the World Cup last year, but should he play a part at Euro 2020?

The Leicester striker didn’t categorically retire from Three Lions duty at the time but told manager Gareth Southgate he only wanted to be considered if other forwards were injured.

“Gareth said that he felt I still had a lot to offer, and we’ve not shut the door completely,” he said last year to The Guardian.

“If the worst came to happen and everyone was injured, then obviously I wouldn’t say no.”

Southgate has tended to lean towards youth when it comes to selecting his squads and he already has some excellent options in attack.

Skipper Harry Kane is clearly the main man up front and with 10 goals in his last six games for his country looks on course to break Wayne Rooney’s record of 53 goals at some point in the coming years (Kane is currently sixth on the list with 32).

Chelsea’s Tammy Abraham has forced his way into the mix since Vardy’s retirement and in these early stages of his England career seems to be an able deputy to Kane, and in the wide areas England are particularly well stocked with Jadon Sancho, Marcus Rashford (who does see himself as a central striker), Callum Hudson-Odoi and Raheem Sterling.

It all looks positive in the attacking areas for England but, at the same time, can Southgate afford to ignore Vardy’s exploits at club level right now?

The 32-year-old is the top-scorer in the Premier League with 11 goals and he’s managed that with just 23 shots in total, with 70% of his strikes on target.

Kane has six goals, also from 23 attempts, and 43 per cent of his efforts have been on target.

Admittedly, come the end of the season the only stat that will matter is who has scored the most goals but those numbers right now suggest Vardy deserves a recall – and Southgate should be pushing for it.

If Vardy were to win the Premier League’s Golden Boot and not be under any kind of consideration for a Euro 2020 spot that would be a brave and/or reckless call from Southgate.

If England were to win Euro 2020, of course, no one would be asking why Vardy wasn’t considered but anything other than the trophy and those questions would crop up, and it could prove the difference between Southgate being in charge for the World Cup two years later or not.

There is every chance Vardy will stick by his original decision and rule himself out of contention but right now you feel it is a conversation Southgate should have, regardless of how easily his side have navigated the qualification process.