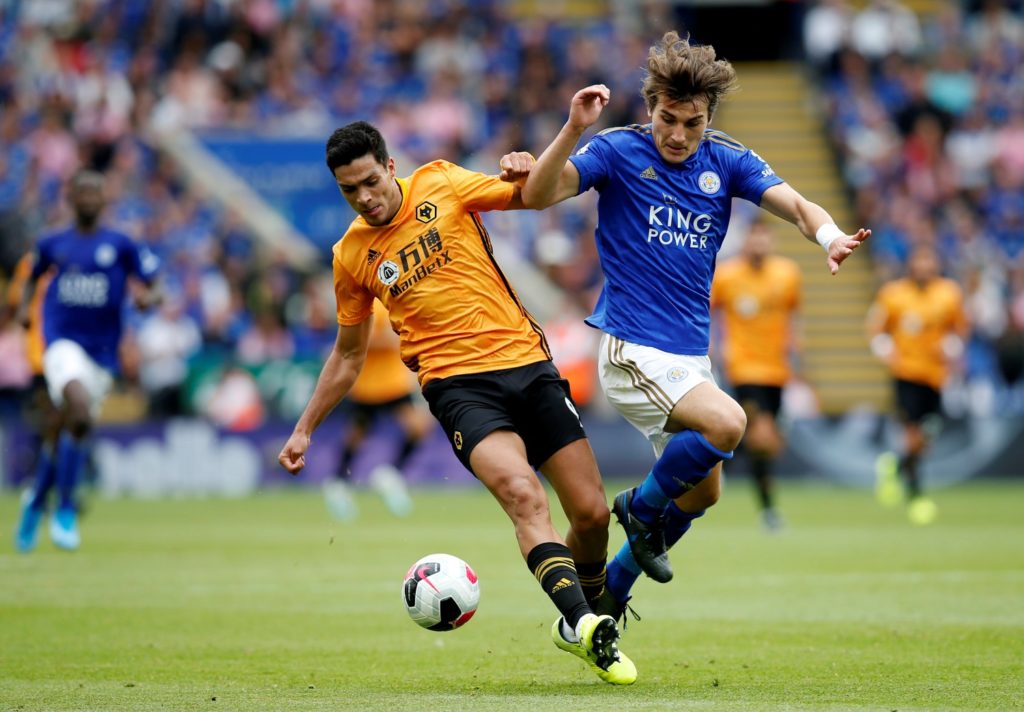 Leicester City could have to fend off interest in defender Caglar Soyuncu following reports both Manchester City and Manchester United are interested.

The Foxes are well used to speculation linking their star players with a move away from the King Power Stadium and Soyuncu can now be added to the list.

The 23-year-old, like most of the Foxes side, has caught the eye with some fine performances as the club have jumped up to second in the Premier League table.

Reports in the Turkish newspaper Fanatik claim that both Manchester clubs are in the running to do a deal and are prepared to pay 50million euros in order to land their man.

If that is correct, such a figure is sure to fall well below Leicester’s valuation, even if they did agree to sell at some point in the future.

Again, that is unlikely, as boss Brendan Rodgers will be keen to keep his squad intact as they look to cement their place in the top four.

Soyuncu, who has made 13 appearances for Leicester this season, is under contract until the summer of 2023, so the club hold all the trump cards and are under no pressure to sell.

Manchester United and Manchester City will offer €50m to Leicester to sign Caglar Soyuncu in the January transfer window, as they look to strengthen their defences in the new year.

Certainly not in the January transfer window, and it is likely that all bids would also be knocked back at the end of the season.

Leicester have proven in the past with the likes of Harry Maguire and Riyad Mahrez that they will fight to the death to keep their star players, and no-one leaves easily.

Soyuncu’s stock has risen even further following some impressive performances for Turkey, who he has helped to qualify for Euro 2020.

Arsenal have also been mentioned, but again it could just be a case of the Turkish media attempting to drum up interest in their own player.