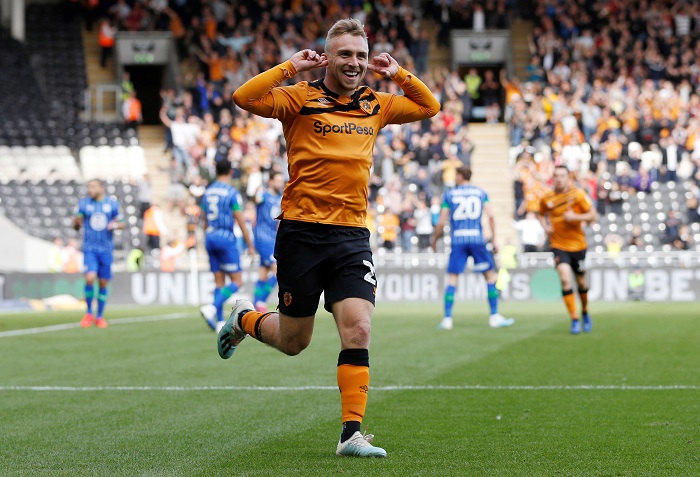 Bowen’s future at the KCOM Stadium continues to be a major source of newspaper speculation heading into January with a number of clubs thought to be ready to test the Tigers’ resolve to hold onto the 22-year-old.

Bowen has been in sensational goalscoring form for Hull City this season, netting 15 goals in the Championship and one in the Carabao Cup.

Unsurprisingly, he has attracted a lot of attention with Premier League clubs tracking him in their droves.

Championship promotion hopefuls Leeds United are also understood to be keen on signing the ex-Hereford United forward as they attempt to secure their long-awaited return to the top-flight.

His contract situation is becoming a little concerning for Hull City as he now has just over six months left on his deal, although the club are very likely to take up their option to extend that by a further year.

Back in October, the Hull Daily Mail reported that the Tigers’ vice chairman Ehab Allam had tabled a new and improved deal running to 2022 to replace Bowen’s current contract that effectively ties him to the club until the end of next season.

But, according to a report from the Sunday Mirror, Leicester City are set to win the race to sign Bowen.

The Foxes are shrewd operators in the transfer market and have never been scared to throw big money at players yet to be proven at Premier League level.

They splashed £25million on James Maddison after he scored 13 Championship goals for Norwich City and even delved as deep as League One to sign promising right-back James Justin last summer.

Meanwhile, The Sun on Sunday claim Hull City have slapped a £20m price tag on Bowen, with Newcastle and Everton among the teams tracking his progress.