Rodgers rules out fatigue as Foxes slump to Saints 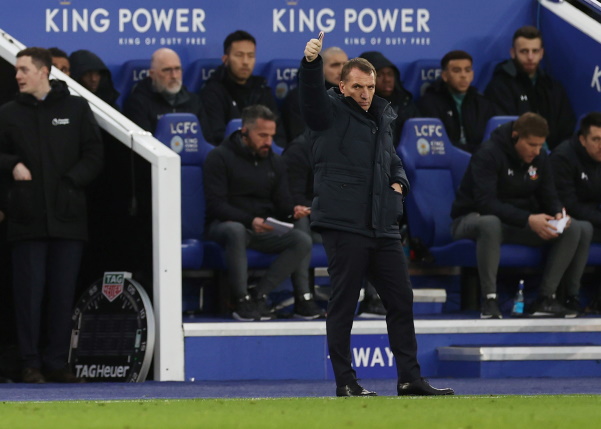 Brendan Rodgers refused to use the hectic schedule as an excuse as Leicester City slipped to a surprise defeat against Southampton on Saturday.

The Foxes may have hammered Saints 9-0 in the corresponding fixture at St Mary’s back in October, but Ralph Hasenhuttl’s men got their revenge with a 2-1 victory in the latest encounter between the two.

The Foxes got off to a great start as Dennis Praet scored his first goal for City since his £18million move from Sampdoria in August, completing a sweeping 13th-minute move.

However the Saints fought back to make it four wins from their last five league matches.

Brendan Rodgers says his players made too many mistakes during today's disappointing defeat to Southampton.#LeiSou

A viciously deflected Stuart Armstrong strike five minutes later, that ricocheted off the back of James Maddison and wrong-footed goalkeeper Kasper Schmeichel, and Danny Ings’ 16th goal of the season nine minutes from time gave Southampton a richly-deserved win against a tired-looking City side.

Following a remarkable run to propel themselves into second place in the league, Rodgers’ side have slumped at home of late, claiming one point from the last three matches in front of their own fans.

Rodgers says if they want to be a top side and keep progressing then they have to be able to cope with a busy schedule, fighting on all fronts for silverware.

However he also refused to be too harsh on them.

“The players have been brilliant up until this point, so it’s a sore one today, but we will go away and they can recover a little bit now, physically and emotionally from the game,” he said.

“And like we’ve always done, any time we’ve had a defeat, we’ll analyse it, the details, where we can be better, and we will look to improve and get three points in our next game. The clear week ahead will help us to do that.”