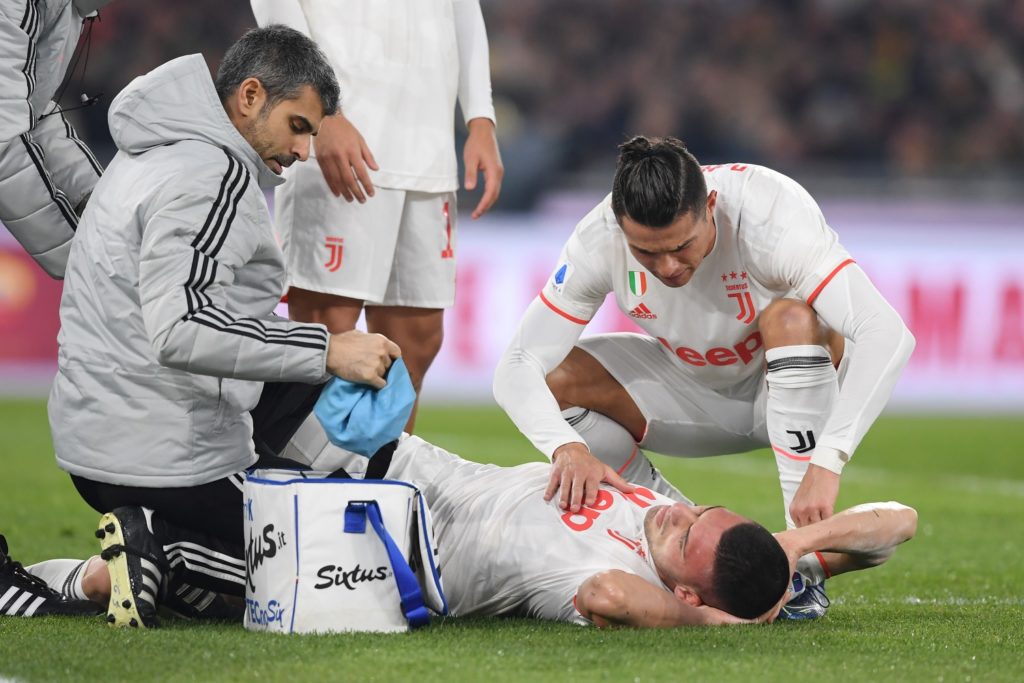 Leicester will not be signing Juventus defender Merih Demiral during the January transfer window after he suffered a knee injury on Sunday.

The 21-year-old appeared to be on the Foxes’ radar after club officials consulted Caglar Soyuncu about his fellow Turkey international.

It was thought that Brendan Rodgers might make an approach this month to bolster his defensive ranks but the centre-back lasted just 19 minutes of Juve’s 2-1 victory over Roma before being replaced by Matthijs de Ligt.

It has now been confirmed as a knee ligament injury and the former Sassuolo stopper will undergo surgery to correct the problem.

Sources in Italy say Leicester have made it clear they will not be making an approach but may make further enquiries during the summer transfer window, with reports he was also the subject of a failed £34m bid from Borussia Dortmund.

It seemed as though the King Power outfit were looking at a loan deal with an option to buy outright but the youngster will not play again this campaign and will need to prove his fitness before any subsequent bid is made.

OFFICIAL: Juventus have confirmed Merih Demiral is out for the season after suffering an ACL injury in their game against Roma. pic.twitter.com/55zbGpDFgr

Demiral had made only five Serie A appearances this term and scored his first goal just three minutes into the weekend triumph but Rodgers has clearly seen enough to suggest he could do a job for Leicester.

He is predominantly a centre-back but can also operate at right-back and the East Midlanders could do with a versatile player to help out at the back.

Jonny Evans and Caglar Soyuncu have done most of the work at the heart of the rearguard in 2019-2020, making a combined 52 appearances across all competitions to date.

Despite losing their third game in five with a 2-1 home defeat to Southampton on Saturday, the Foxes have the joint second-best defensive record in the Premier League, conceding just 21 goals in 22 games.