Soyuncu a man to be feared – Maddison 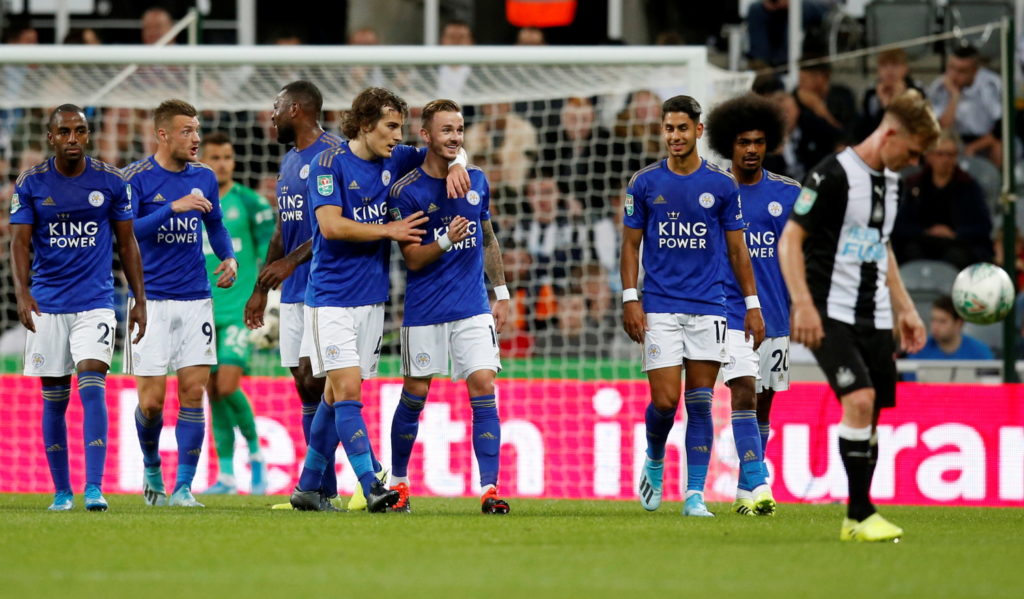 Soyuncu, 23, penned a five-year deal at King Power Stadium in the summer of 2018 but made just six Premier League appearances last season and another two in the EFL Cup.

However, the Turkey international has started 24 of the Foxes’ 25 top-flight matches in 2019-2020 and has been a rock at the back.

The Izmir-born star’s partnership with Jonny Evans has kept club captain Wes Morgan out of the side and has proved fruitful, with Brendan Rodgers’ side conceding just 26 league goals this term.

He has helped them to third spot in the table and with every chance of returning to the Champions League next season after reaching the quarter-finals of Europe’s elite club competition in 2016-17.

The former SC Freiburg stopper has established himself as a first-team regular and fans favourite, with Maddison suggesting that his all-round attributes make Soyuncu a force to be reckoned with.

“Any striker I’ve spoken to when I’ve come up against friends who play in the Premier League, they hate playing against him, because he’s strong, he’s good on the ball and he’s fast,” the England midfielder told Leicestershire Live.

“You’re doing alright if you’ve got those three at centre-half.”

Capped 28 times and with one goal of his name for Turkey, the centre-back was influential in The Crescent-Stars reaching Euro 2020, producing a series of solid displays as the Turks finished second behind world champions France in Group H.

They conceded just three goals in 10 matches, beating Les Blues 2-0 while losing just once to Iceland en route to this summer’s showpiece.

Unsurprisingly, a few big clubs have been linked with the player and Manchester City’s name was mentioned during the January transfer window.

However, Soyuncu seems happy with life at Leicester and, barring a late-season meltdown, will be playing in the Champions League in 2020-2021.