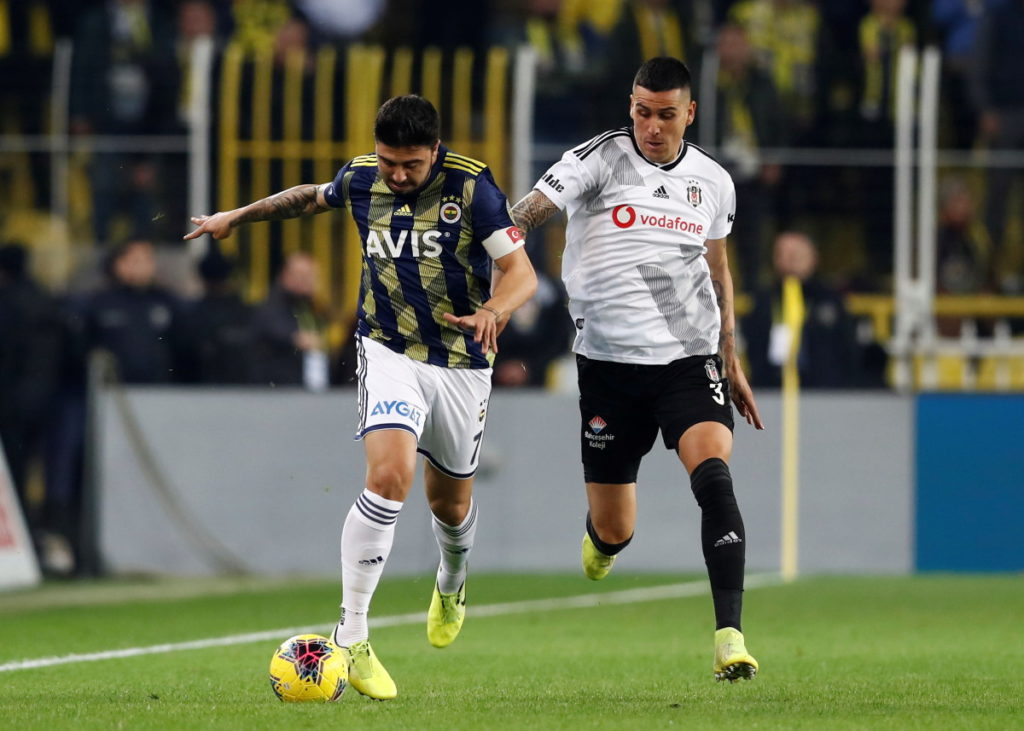 Leicester City have been linked with summer moves for Fenerbahce pair Ozan Tufan and Vedat Muriqi.

Turkish reports claim Foxes scouts were in attendance last weekend at Fener’s 2-1 defeat to Trabzonspor, with midfielder Tufan and striker Muriqi understood to be their two potential targets.

Leicester boss Brendan Rodgers is already putting plans in place ahead of the summer transfer window, with the King Power Stadium outfit on course to qualify for next season’s Champions league.

Rodgers is likely to be handed a significant transfer budget if he does manage to guide the club back into Europe’s elite competition and Liverpool midfielder Adam Lallana has already been mentioned as one player he could look to sign.

Lallana will be a free agent as his deal at Anfield is set to expire at the end of the season.

It seems as if Rodgers is also casting his eye across Europe and has identified Muriqi as a player who could add to his attacking options.

The 25-year-old Kosovo international has managed 13 goals in 21 games this season.

Muriqi only joined Fener last summer from fellow Turkish outfit Rizespor in a £3.25m deal and is under contract until 2023, and the Istanbul outfit will be looking to make a significant profit if Leicester do come calling next summer.

Midfielder Tufan is thought to be Rodgers’ main target of the two Fenerbahce players and he is reportedly valued at €20million (£17m) by his current club.

The 24-year-old is primarily a holding midfielder but is capable of playing in a number of positions, including at full-back and on the wing.

The Turkey international is under contract until 2023 and the club have the option of an extra year in their favour, so Leicester will almost certainly have to match his asking price if they are to convince Fener to sanction a transfer in the summer.