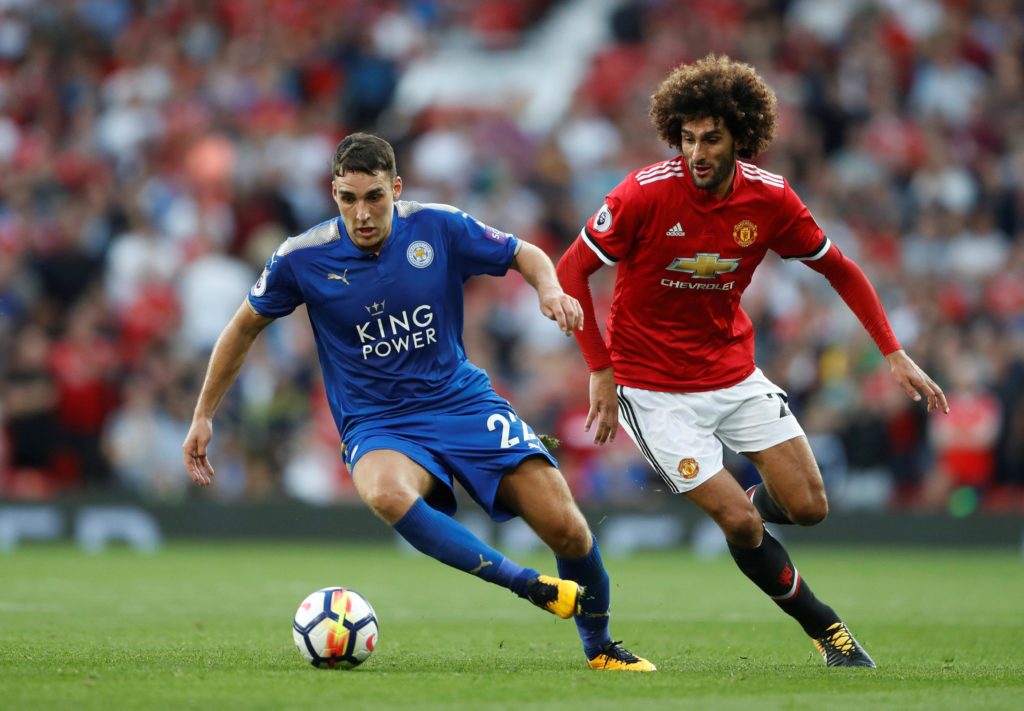 Leicester City boss Brendan Rodgers says midfielder Matty James is pushing hard for a place in his side after impressing in training recently.

James has not played for the Foxes this season but Rodgers believes the 28-year-old is on the verge of a first-team recall after knuckling down in training and impressing when in action for the Under-23s.

He has caught the eye of the Northern Irishman in recent weeks with his determination to recover fully from a troublesome Achilles injury and Rodgers has admitted with options limited in midfield ahead of this weekend’s game against Manchester City, James could come into his thinking.

Wilfred Ndidi has been ruled out with his knee injury, Hamza Choudhury is suspended after his dismissal last time out at Wolves and Nampalys Mendy also has a knee problem so James could be the solution in the middle of the park.

Rodgers told the club’s website: “He’s certainly training very well. His conditioning has been great. You have to be at that optimum level and he’s at a very good level.

“He’s got himself physically in a very good place, he’s training very, very well, he’s been playing for the Under-23s in games, so it’s certainly something for us to consider.”

James’ career at the King Power Stadium has stalled due to injury in the past 18 months but he will hope to add to his 116 senior appearances for the club in the coming weeks as the Foxes chase second place in the Premier League.

Rodgers’ men are third, four points behind Man City after their 2-0 win over West Ham on Wednesday, but a victory over Pep Guardiola’s side this weekend would leave the Foxes breathing down their necks.

Leicester go to bottom-of-the-table Norwich (February 28) after Saturday’s game before they host Birmingham City in the fifth round of the FA Cup on March 4.