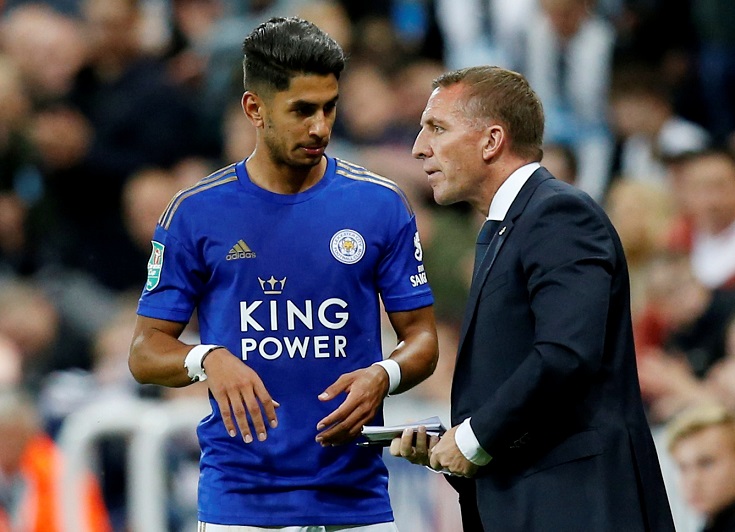 Perez has limited experience of international football during his career, earning just two caps for Spain’s Under-21 side, but he has not given up hope of earning a call-up to his country’s senior squad.

The 26-year-old forward joined Leicester from Newcastle United last summer in a deal worth a reported £30million and, after struggling to hit the ground running during the first couple of months at the King Power Stadium, he has steadily improved under Rodgers.

Perez has scored seven goals from 24 Premier League appearances, including a hat-trick in the record 9-0 thumping of Southampton on October 25, and he has been going from strength-to-strength for the Foxes, who are sitting third in the standings.

With Euro 2020 on the horizon, there are claims the forward could be called into Spain’s senior squad for the friendlies against Germany and the Netherlands in March as head coach Luis Enrique looks to run the rule over the Leicester star.

Rodgers feels Perez is showing the kind of form that makes him a worthy candidate for La Furia Roja, with the Northern Irishman suggesting the ex-Magpie could force his way into contention for the major tournament this summer.

He said: “I wouldn’t be surprised. They’ve some very talented players, but he’s someone, if you’re playing at the top end of the most competitive league in the world, and you’re producing, then I believe you’re going to be in with opportunities.

“He just needs to focus on his club form, work well, perform consistently. If he can do that, then I’m sure, come this summer, there will be an opportunity for him.”

Perez is expected to be back in action on Friday evening when Leicester make the trip to Carrow Road to take on rock-bottom Norwich City, who are seven points adrift of safety.