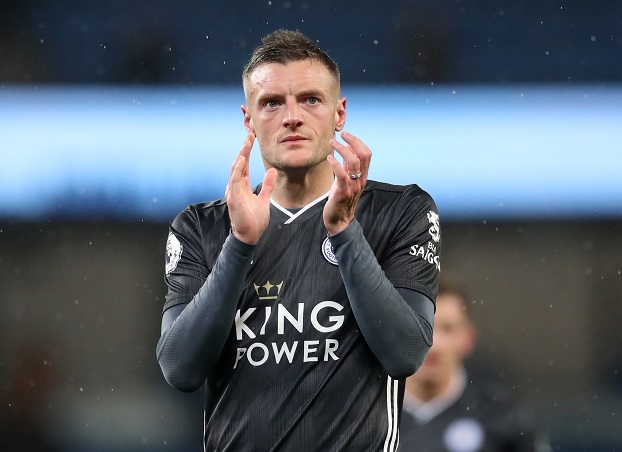 Since the Premier League’s inception in 1992, there are 28 players that have managed to reach the century mark in the goals department, with Alan Shearer currently leading the way on 260 strikes.
Taking the final spot in the list to date is former Southampton star Matt Le Tissier, who netted 102 times, but there are some household names that you may not know that failed to hit 100 or more PL goals.
Ex-England international Vardy is expected to become the 29th player on that elite list as he sits on 99 goals, but the current postponement of football due to the coronavirus pandemic means he will have to wait for his chance to reach a ton.
The 33-year-old’s goals so far have come in 202 appearances over six seasons. He has taken 425 shots, according to the official Premier League website, 213 of which have been on target.
Vardy has scored a single goal on 63 occasions, along with 15 doubles and two hat-tricks – in this season’s 9-0 rout of Southampton and a 4-2 win over Manchester City in December 2016.
The Englishman may be on the cusp of a fantastic achievement but, for some, they never got to experience that feeling of making it a century of Premier League strikes.
Emmanuel Adebayor
Togo international Adebayor may have played for four Premier League clubs – Arsenal, Manchester City, Tottenham Hotspur and Crystal Palace – but he failed to hit a century of goals despite playing 242 games.
Ending up three goals shy of that magical mark, the 36-year-old will be remembered most for his time for his over-the-top celebration when he scored for City against former employers Arsenal in September 2009.
Ruud van Nistelrooy
Van Nistelrooy is one of the greatest strikers to grace the Premier League but, just like so many before him, he didn’t reach 100 goals, having to settle for 95 strikes during his time at Manchester United.
The 43-year-old reached that total from 150 games and had he not been sold to Real Madrid in 2006, which ended his five-year stay at Old Trafford, then he would have undoubtedly scored in excess of 100 goals.
Kevin Phillips
Phillips appeared to be on the path to greatness when he scored 30 goals during his debut Premier League season in 1999/2000 with Sunderland, with that tally earning him not only the PL Golden Boot but also the European Golden Shoe award – as of 2020, he remains the only Englishman to have won the latter.
However, the 46-year-old, who played for Southampton, Aston Villa, Birmingham and Crystal Palace after his time with the Black Cats, ended his career with 93 goals from 263 top-flight matches.
Jamie Vardy Emmanuel Adebayor Ruud van Nistelrooy Kevin Phillips
Share