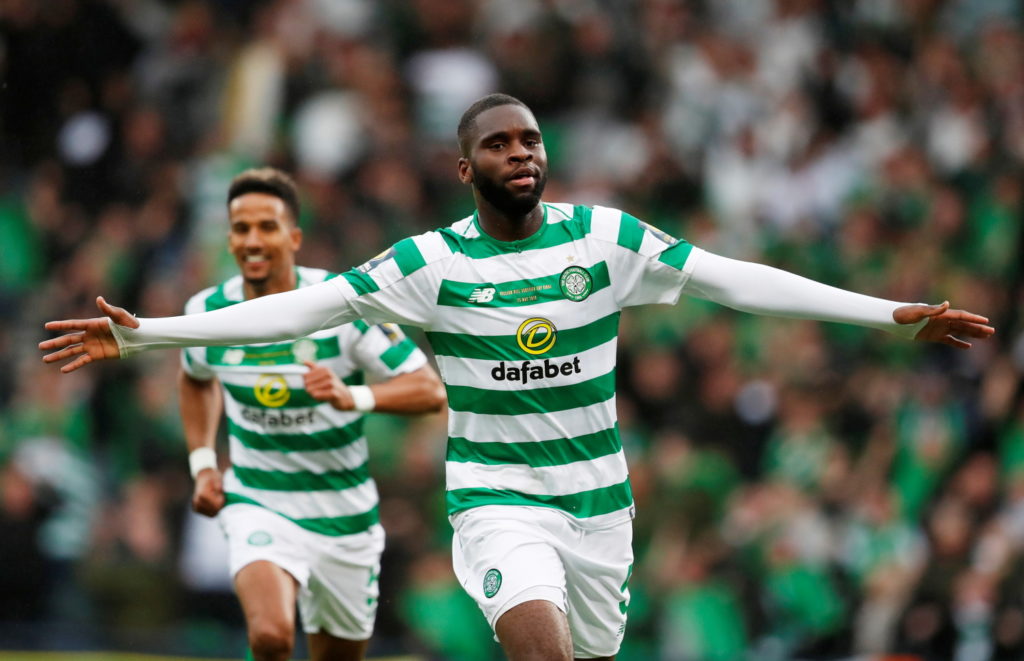 Leicester City will face a battle to sign Celtic striker Odsonne Edouard after Arsenal and Everton were also linked with a swoop for the Frenchman.

The former Paris Saint-Germain forward has been a revelation since joining Celtic back in the summer of 2018 and has gone on to score 61 goals in 125 appearances for the Glasgow giants, form which has caught the eye of the Foxes.

City boss Brendan Rodgers of course knows all about the 22-year-old as he was in charge of Celtic when they snapped him up from PSG as a replacement for another hot French striker Moussa Dembele.

Edouard has more than filled the boots of Dembele since he left for Lyon, scoring 27 goals already this season, but Celtic face a similar scenario as they will not be able to keep hold of the striker as soon as Premier League clubs come knocking.

The money on offer will be too good for them to turn down and there is a good chance that Edouard will be on the move in the next transfer window, and Leicester City appear to be in the box seat.

Arsenal are looking to sign Celtic striker Odsonne Edouard ahead of the summer window [Mirror] pic.twitter.com/xqrLIq0fCF

Rodgers is keeping an eye out for a striker who has the potential to be the long-term replacement for Jamie Vardy, and believes Edouard is ticking all the boxes.

He certainly has an eye for goal, is blessed with pace and power, and at the age of 22 still has his best years ahead of him. Indeed under the guidance of Rodgers, he has the potential to be one of the best.

Edouard would have no problem making the jump from the Scottish Premiership to the Premier League, so it is no surprise that other clubs are showing an interest.

Both Arsenal and Everton have been mentioned as possible destinations and Edouard would no doubt be tempted to join either.

However there is a good chance Leicester will be able to offer him Champions League football next season, and that coupled with the fact he would re-unite with Rodgers, could swing everything in Leicester’s favour.