Reds ace pulls out of Egypt squad over injury concerns 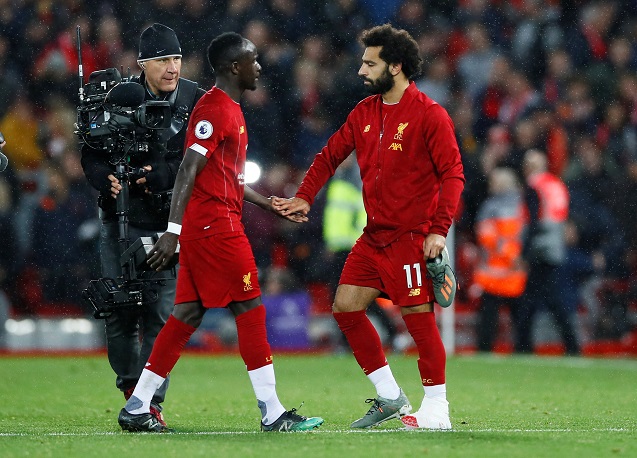 Liverpool are taking no chances on star forward Mohamed Salah, who has been ruled out of Egypt’s two games during the international break.

The 27-year-old has picked up a knock that will prevent him facing Kenya and Comoros, the Egyptian Football Association (EFA) has said, and he will now undergo treatment on the issue rather than take to the pitch.

Salah was pictured with an ice pack on his ankle after he was substituted in the closing stages of the Reds’crucial 3-1 win over title rivals Manchester City in the Premier League on Sunday.

There is a chance it could be related to the on going ankle issue Salah has been dealing with since just before the last international break.

The striker was on the receiving end of a tough tackle from Hamza Choudhury that left him with an ankle injury that is still not 100 percent.

The @LFC duo have both withdrawn from international duty with injury.

Should Reds fans be worried or the break prove beneficial in the long run?

Liverpool have 13 games in 5 weeks after the international break😱

A statement on the EFA’s Twitter account read: “The medical staff of our national team, under the leadership of Dr Mohamed Abul-Ela, confirmed the lack of readiness of Mohamed Salah to play the matches against Kenya and Comoros after intensive tests.”

The statement said the injury needed “a period of treatment to recover”.

It continued: “The player had come to the camp this morning (Tuesday) after arriving in Cairo late yesterday evening and watched the evening training that the team played at the Burj Al Arab Stadium.”

Egypt host Kenya on Thursday and then face Comoros on Monday, both in African Cup of Nations qualifiers.

Premier League leaders Liverpool are not in action again until November 23, when they travel to Crystal Palace, and the time before then will be used to ensure that Salah is fit to play.

Injuries to key players is one thing that could potentially derail Liverpool’s title push and the likes of Salah will be wrapped in cotton wool in between matches.