Reds duo Henderson and Gomez out of England squad 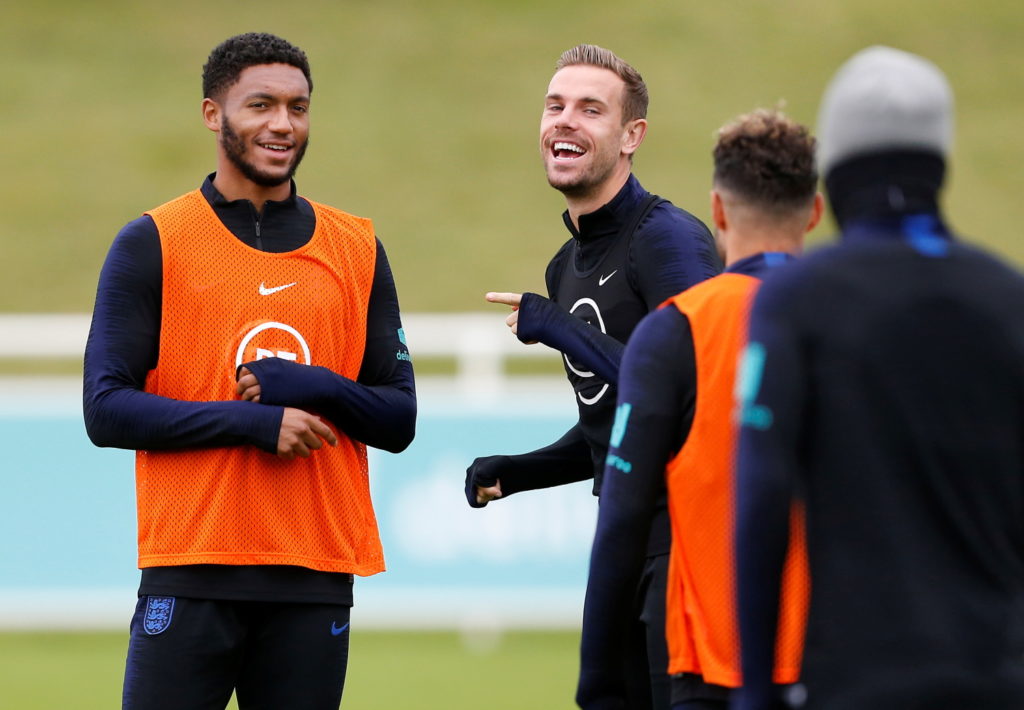 Henderson linked up with the squad suffering from a viral infection and didn’t feature in Thursday’s 7-0 win against Montenegro at Wembley, which secured qualification for next summer’s finals.

The 29-year-old Reds captain has not recovered sufficiently to be considered for the game in Pristina this weekend, so it was decided that he could return to the Merseysiders to continue his treatment.

Defender Gomez will also miss the Kosovo game after picking up a knee injury when he accidentally clashed with Kieran Trippier in training on Friday.

The 22-year-old central defender had said he would fly out with the squad for the game, but Three Lions’ boss Gareth Southgate said he would be better off returning to Liverpool if he was unable to play.

It caps a disappointing week for Gomez after he was greeted by boos from a section of the England fans when he came on as a second-half substitute against Montenegro.

It stemmed from a spat with Manchester City star Raheem Sterling in Liverpool’s 3-1 win last Sunday which subsequently spilled over into an England training session at St George’s Park on Monday.

Gomez was left with a scratch on his face and Sterling was subsequently dropped for the Montenegro game by Southgate.

Sterling will return to the side for the Kosovo game as England look to finish their campaign with a seventh win from their eight qualification games.

Meanwhile, Liverpool boss Jurgen Klopp will hope to have both Henderson and Gomez fit and available when his side resumes their Premier League campaign at Crystal Palace next Saturday.

The Reds stretched their lead at the top of the table to eight points ahead of second-place Leicester City after their win against City, who sit a point further back in fourth.