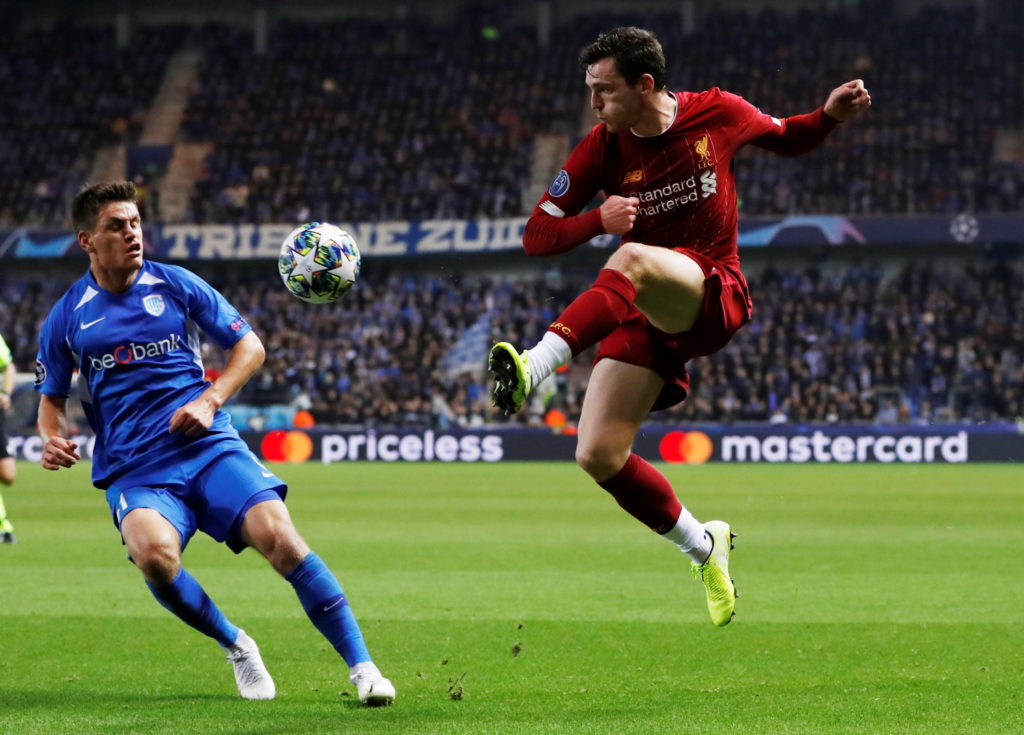 Liverpool are sweating on the fitness of Andy Robertson ahead of Saturday's trip to Crystal Palace, leaving Jurgen Klopp to consider his options at left back.

The Scotland international missed his country’s 2-1 Euro 2020 qualifying victory in Cyprus due to an ankle injury and is also expected to sit out Tuesday’s clash with Kazakhstan.

Robertson has been suffering with the issue since the start of the month, but managed to play the full 90 minutes of the crucial win over Manchester City at Anfield.

The Liverpool medical team have been working with the 25-year-old during the international break and although it’s hoped he will be available, there is a tricky decision to make. The Reds can ill-afford to be without Robertson for any period of time, with such a hectic fixture schedule over December, when they face the prospect of nine games across the month.

Klopp has to decide whether it’s worth taking a short-term hit by leaving Robertson out for the trip to Selhurst Park, in favour of a long-term gain with crunch fixtures to come against the likes of Everton, Leicester and Wolves.

With Joel Matip already missing, it leaves the Reds short of defensive options, especially on the left-hand side. Klopp has used James Milner in that role before, but the veteran could be exposed against the pace of the likes of Wilfried Zaha and Andros Townsend.

Another option could be to use Joe Gomez. The England defender underwent a scan on a knee injury this week, which showed no significant problems and he should be in the squad for the trip to Selhurst Park.

Gomez could be asked to fill the left-sided gap or he could be deployed in a more familiar right-sided role, with Trent Alexander-Arnold moved over to left-back.

Meanwhile, Liverpool are also giving as long as possible to Mo Salah to prove his fitness, after the forward was forced to sit out the latest matches for Egypt – also due to an ankle issue.

With an important Champions League clash to come against Napoli next midweek, Klopp may feel it’s worth giving Salah a break and handing a start to either Divock Origi or even youngster Rhian Brewster against the Eagles.