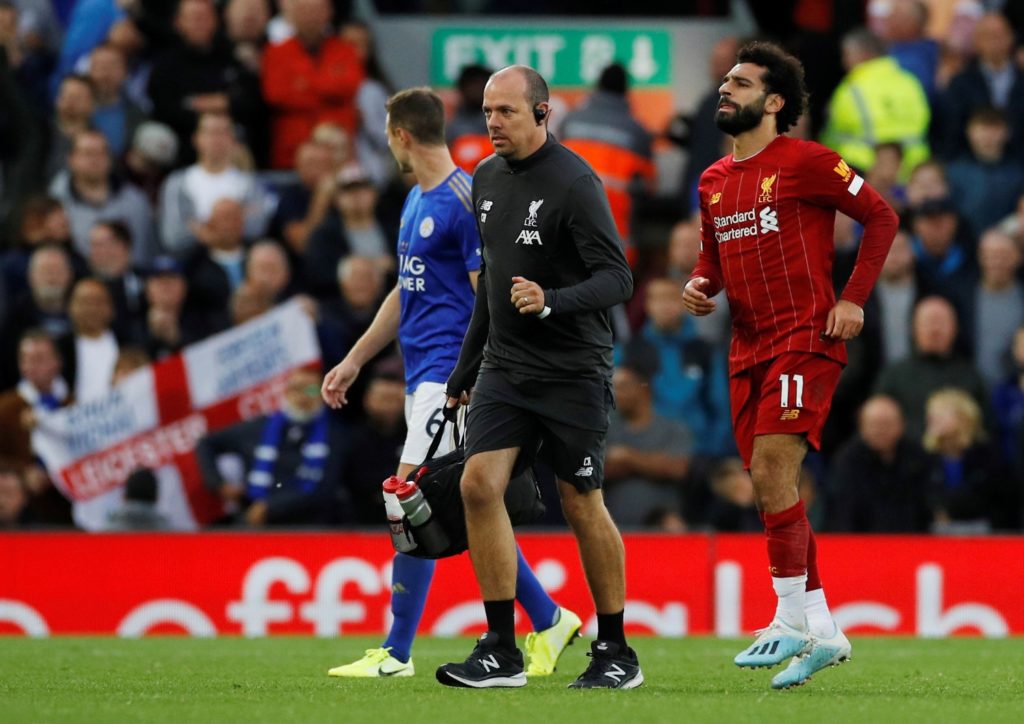 Mohamed Salah looks set to miss Liverpool's trip to Crystal Palace on Saturday having failed to overcome an ankle injury.

Salah has been struggling with an ankle issue since the start of October after limping out of the Reds’ 2-1 win over Leicester City.

The 27-year-old ended up missing the 1-1 draw at Manchester United as a result but has since started the league leaders last three matches.

However, in the 3-1 win over Manchester City before this month’s international break, Salah took a heavy blow to his left ankle and looks set for a spell on the sidelines.

The ex-Roma and Chelsea man was spotted during the international break watching his national side Egypt train while wearing a protective book.

Although he was ruled out of playing in the Pharaohs’ games against Kenya and Comoros, Salah still met up with his compatriots but has since returned to Merseyside to undergo further treatment.

It has now been reported that Liverpool are set to leave Salah behind when they make the journey to London this weekend, adding to Jurgen Klopp’s injury issues ahead of the return of domestic action.

The German tactician is also set to be without Andy Robertson (ankle) and Joel Matip (knee) for the encounter at Selhurst Park, while it is unclear if Xherdan Shaqiri will be cleared to return to action having been sidelined with a calf injury recently.

With Liverpool facing a very busy schedule between now and the end of the year – playing 13 games in a five-week period – Klopp would like to have the options to rotate but may have to call upon the same players for the coming weeks if the treatment room doesn’t clear quickly.

An extended absence for Salah could open the door for Divock Origi to get a run in the side with last season’s hero of Liverpool’s Champions League success having been used sparingly so far this term.

The 24-year-old has made 13 appearances but the majority of those have been from the substitutes and he has one goal to show for his efforts.