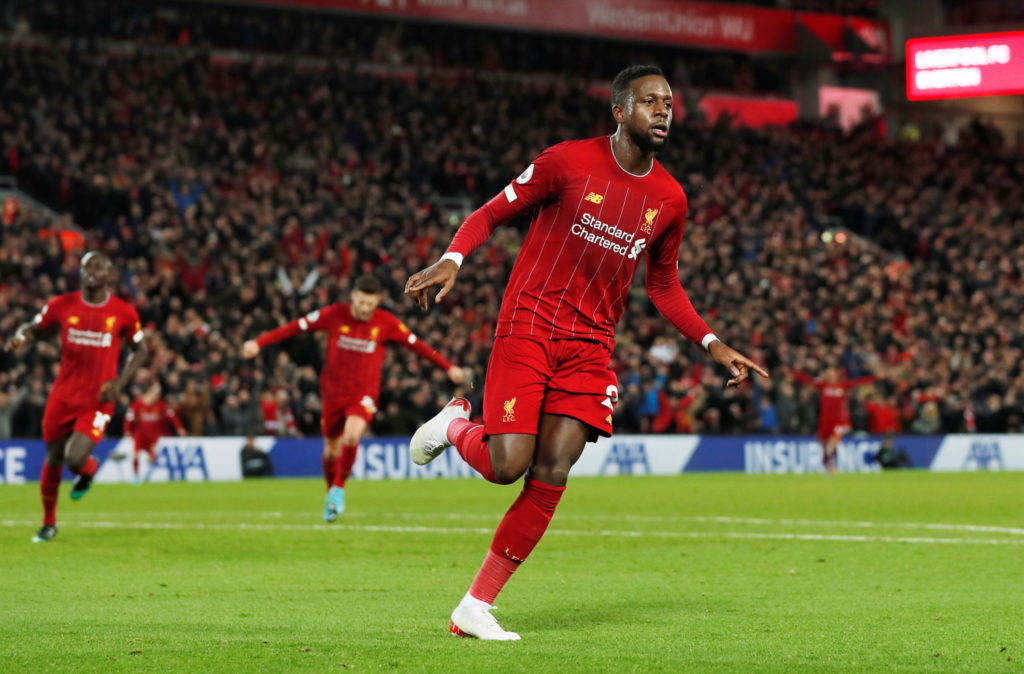 Everton drop into the bottom three as Liverpool maintain their eight-point lead at the top following a 5-2 victory at Anfield.

Jurgen Klopp rotated for the Merseyside derby but his gamble, dropping Mohamed Salah and Roberto Firmino to the bench, paid off.

Divock Origi was one of those brought into the starting XI and he got the evening up and running after latching on to Sadio Mane’s through pass.

The Belgian beat Jordan Pickford to the ball and simply had to roll it into the back of an open net with six minutes on the clock.

Liverpool threatened to run away with the game just 11 minutes later when Xherdan Shaqiri was the recipient of another cute pass from Mane.

Shaqiri got the faintest of touches on the ball but it was enough to divert it past Pickford’s outstretched arm.

Everton responded well and a well-worked short corner was delivered to Michael Keane who clipped it beyond Adrian to offer hope of a comeback.

The visitors failed to build momentum from that goal and possibly forced Liverpool into action as they went on to score a further two times before the break.

Origi grabbed his second with a lovely cushioned effort over Pickford followed a wonderful seeking pass from Dejan Lovren, before Mane got his name on the scoresheet with the first-time finish from the edge of the box.

Richarlison reduced the arrears with a scrappy goal off his shoulder on the stroke of half time to bring an end to an exciting opening period.

Chances were few and far between in the opening 25 minutes of the second half but, as Everton started to throw bodies forward, Liverpool began to find more space on the counter.

Mane could have finished the game with a hat-trick but he spurned two fantastic opportunities, while Moise Kean also rolled wide for Everton late on after coming off the bench.

Georginio Wijnaldum added the gloss for the Premier League leaders in the final minute to bring up Klopp’s 100th Premier League win in just 159 games at the helm.

Liverpool still have questions to answer defensively and are yet to keep a clean sheet at home this season but it’s another three points towards the title.

For Everton, it looks set to be a tough end to the year with their next four games coming against Chelsea, Manchester United, Leicester and Arsenal.

Marco Silva has been on borrowed time for a while and the board must be seriously considering his position.