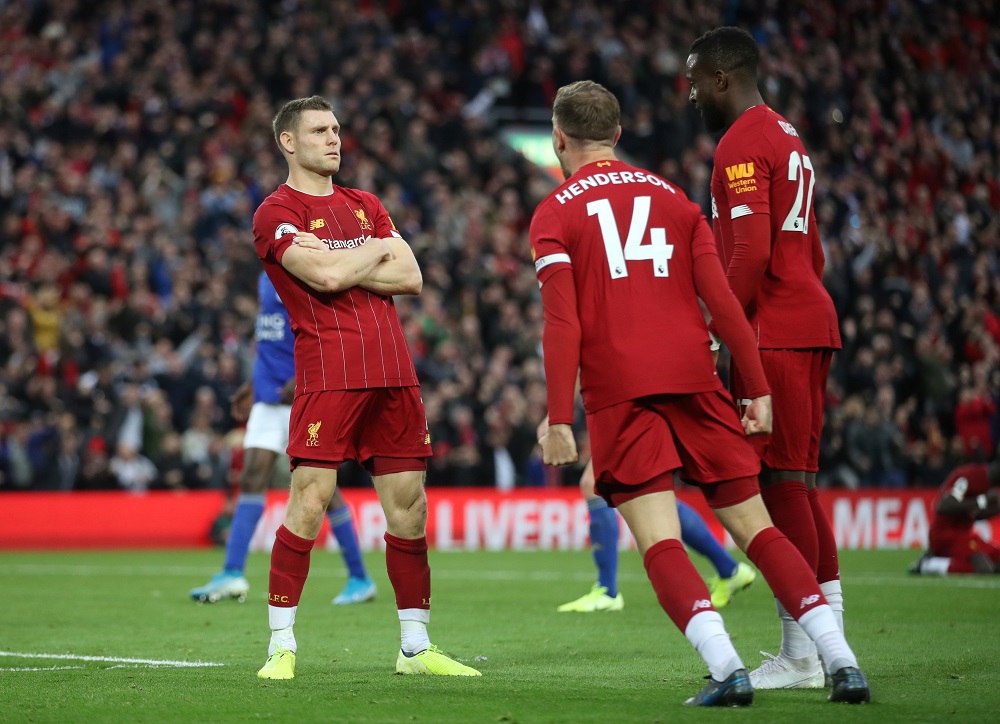 Liverpool have confirmed midfielder James Milner has signed a new contract until the summer of 2022.

The former England international has been at the club for the last four years, helping the Reds compete for silverware on a number of fronts.

He signed on a free transfer from Manchester City in 2015 and he has since made 198 appearances for the English giants.

Milner helped Liverpool win the Champions League in May, 12 months after they finished as runners-up in the competition.

He is now close to helping the club win the Premier League, with Jurgen Klopp’s men eight points clear of Leicester City after 16 games.

Milner follows Klopp in signing a new deal, with Liverpool confirming the German will stay put until 2024.

Delighted to be staying at this great club for another 2 years. Would be nice if we can celebrate with another 3 points tomorrow 👊🏻🔴🔴 #YNWA pic.twitter.com/y9X0pYJcEb

Speaking about his new deal, Milner told the club’s official website: “I’ve been lucky and privileged to play for this club for four-and-a-half years now, it has been an amazing time seeing how the club is changing and developing.

“I just enjoy coming into training every day, working with this group of players, this manager and coaching staff, and being part of this football club.

“We had discussions with the club, and this was obviously the ideal for me, this was what I wanted to do – stay and play at the highest level as long as I can.

“Liverpool is an unbelievable place to be, and we’re a very, very good football team, and hopefully we can keep improving.”

Milner started his career at Leeds United as a 16-year-old, making 48 appearances during a two-year spell. He was unable to help the club from dropping into the Championship before joining

Newcastle United. After four years in the north-east, he moved to Aston Villa, but it was at Manchester City where he first tasted real success.

Rumours of a return to Leeds United have been mentioned, but the veteran looks set to stay at Anfield until he is 36.