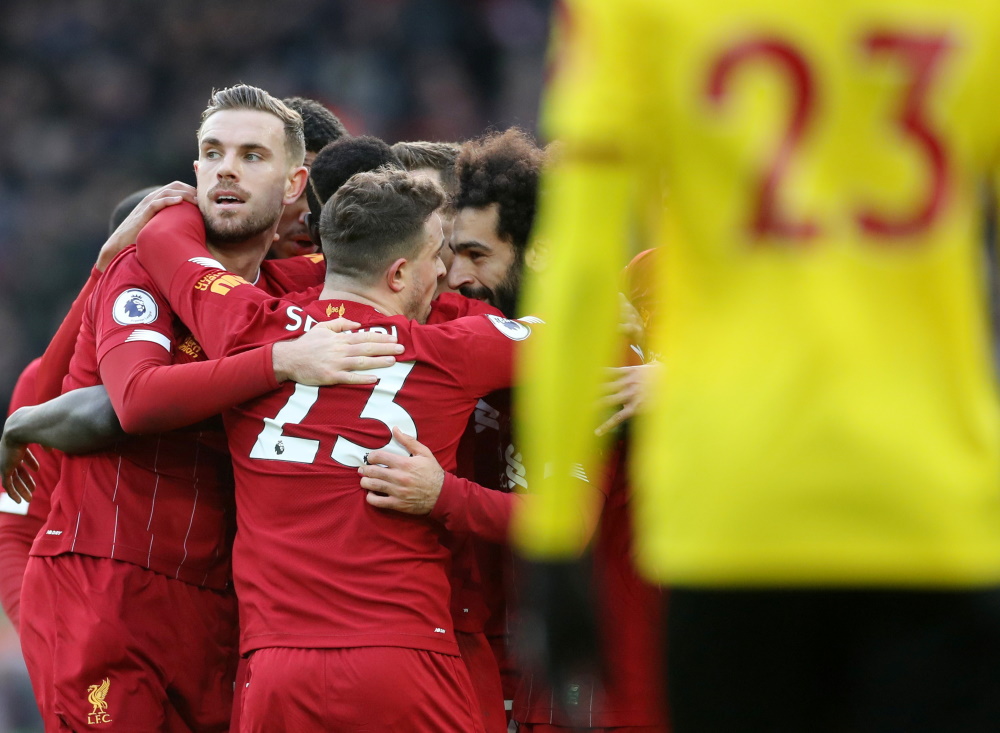 Liverpool extended their lead, for the meantime, to 11 points at the top of the Premier League table after a 2-0 win over Watford on Saturday.

The match was the first for new Hornets boss Nigel Pearson who has been tasked with trying to get the club back on the up after a tough start to the season which has already seen the departure of two managers.

As for the Reds, they were forced into making a change with centre-back Dejan Lovren unable to feature, which gave England international Joe Gomez a start alongside Virgil van Dijk.

Watford appeared to be far more structured in their first outing with Pearson at the helm and should have taken the lead in the 37th minute but Abdoulaye Doucoure fluffed his opportunity after the ball was cut back to him in the box.

Moments later it was Liverpool who went in front as Mohamed Salah got on the end of a Sadio Mane pass, cut onto his weaker right foot in the box and curled a sublime shot over keeper Ben Foster.

Ismaila Sarr squandered a great chance just before the break after Gerard Deulofeu picked the summer signing out, meaning the Reds took a slender 1-0 lead into the break.

The hosts thought they had bagged their second of the game on 50 minutes when Xherdan Shaqiri’s cross found the head of Mane but VAR ruled the goal out for offside.

Five minutes later Reds’ keeper Alisson was called into a great save as he managed to stop Deulofeu in a one-on-one situation.

Watford went on to hit the woodwork from a corner in a nervy end to the match for the home faithful but the Reds put the game to bed in the 90th minute when Salah bagged his second.

It was lovely build-up play that led to Divock Origi scuffing his effort at goal, only for the ball to fall at the feet of Salah who calmly tucked the ball away to secure the three points and extend Liverpool’s lead at the top.