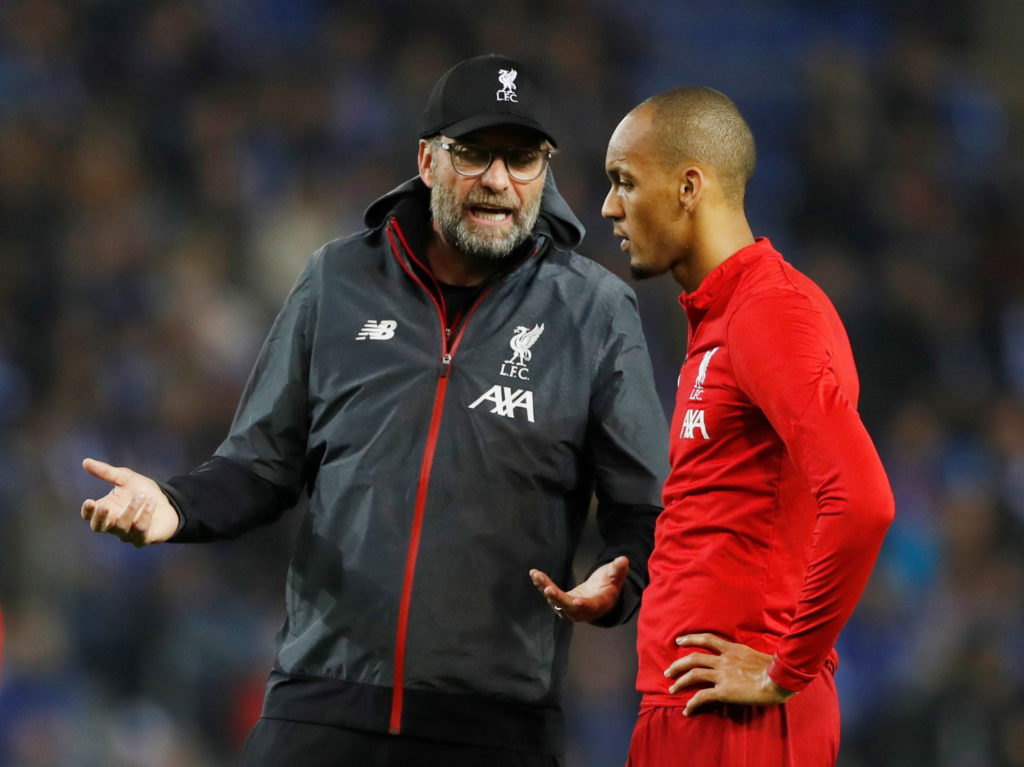 Liverpool have been boosted by the return of Joel Matip and Fabinho from injury ahead of Sunday's Premier League clash with bitter rivals Manchester United.

The duo trained normally on Thursday and are likely to be in the squad for the Anfield showdown as Liverpool look to extend their 12-match winning streak in the Premier League.

Whether they can start after three and two months out of action respectively is a different story.

But Klopp confirmed that Naby Keita, Dejan Lovren and James Milner have been ruled out of the game.

Speaking at his pre-match press conference, the German said: “The other three not, but they are getting closer and closer. Dejan, I think, will train 100 per cent from Monday on.

“With the other two [Keita and Milner], I don’t know exactly. I cannot rush it so when somebody tells me they are ready, I take them back in training.”

Klopp looks likely to select a side not too dissimilar to the one that lined up and got a 1-0 win at Tottenham Hotspur six days ago, albeit with a much stronger bench.

Marcus Rashford 'WILL play through the pain barrier' in Manchester United's trip to rivals Liverpool#MUFChttps://t.co/InvzDEI2LL

The England striker is expected to miss the clash with the runaway leaders with a back injury sustained during a 15-minute second-half cameo.

Rashford is understood to be willing to play through the pain barrier but Solskjaer might feel it is too much of a risk to take as his side’s only chance of silverware this season is in the cups.

David de Gea and Andreas Pereira will return to the side that won 1-0 at Old Trafford on Wednesday, with back-up keeper Sergio Romero and possibly Daniel James dropping out.