Home Premier League Liverpool Who will be affected by the AFCON schedule change?

Who will be affected by the AFCON schedule change? 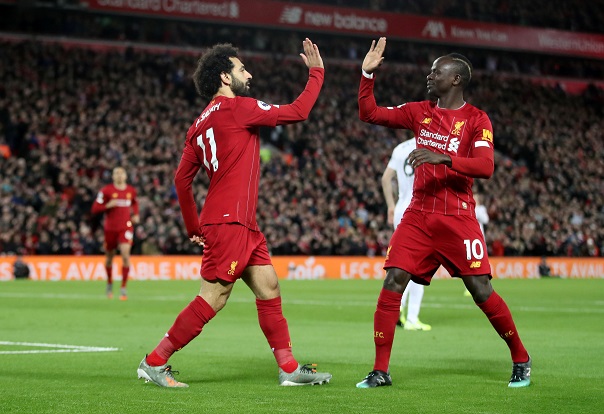 The Africa Cup of Nations will be moved back to winter after the previous incarnation was held in summer - so who will be most affected?

Ahead of the 2019 edition of the tournament, CAF, who oversee African football, decided the tournament should be moved to the summer months.

It stemmed from the pressure put upon the tournament organisers from European clubs who would lose their African stars for up to six weeks due to the tournament taking place in the middle of the season.

Clubs welcomed the decision to play the tournament in summer and the 2019 African Cup of Nations saw Algeria beat Senegal 1-0 in the final thanks to an early goal from Baghdad Bounedjah.

However, that arrangement appears to have only been a temporary measure as it has been announced the tournament will move back to winter months, citing unfavorable weather conditions in host country Cameroon as the major reason why.

It means plenty of Premier League managers will be left scratching their heads this time next year, with several stars likely to depart these shores for over a month.

Jurgen Klopp looks like he’ll have the biggest headache next season given two of his star attacking players hail from Africa.

Mo Salah and Sadio Mane, of Egypt and Senegal respectively, both featured in the tournament this summer and arrived back for pre-season late.

They are almost certain to be involved in AFCON 2021 in some capacity, with Liverpool manager Klopp fiercely critical of the decision to move the tournament’s dates.

“If we have to make a decision about bringing in a player, it is a massive one,” said the Anfield boss. “You know for four weeks you don’t have them. As a club you have to think about this. It doesn’t help African players.”

Mane and Salah’s absence, plus Cameroon’s Joel Matip, would leave huge holes in the Liverpool side and it is interesting to think how it would have affected their title charge if the tournament was due to be played this year.

Liverpool simply can’t replace either of those forwards like for like, while Matip has become solid and dependable at the back alongside Virgil van Dijk. Even Naby Keita would be a loss given his resurgence in recent months.

The door could be opened to Manchester City, who would only lose Algeria’s Riyad Mahrez – a player who it cannot be said is a cast-iron, first-choice player at the Etihad despite playing more football recently.

Mahrez’s former club Leicester would be hit hard, with Nigeria’s Wilfried Ndidi one of the most reliable holding midfielders in the division and they have felt his absence in recent weeks.

Elsewhere, Gabon are a small nation in footballing terms but they have a giant of a forward in Pierre-Emerick Aubameyang, with the Arsenal skipper supplying a huge chunk of their goals.

Cynics would describe Crystal Palace as being close to a one-man team and the departure of the Ivory Coast’s Wilfried Zaha would leave a huge hole in their armoury.

And Mali’s Moussa Djenepo has proved to be a decent acquisition for Southampton this season, with his pace and trickery set to be missed next year.

Of course, it is difficult to predict what the make-up of squads will be this time next year and managers may make contingency plans in the summer.

However, there is no question the Africa Cup of Nations’ seasonal switch will have a big impact on the Premier League, with those at the top perhaps feeling the biggest impact.