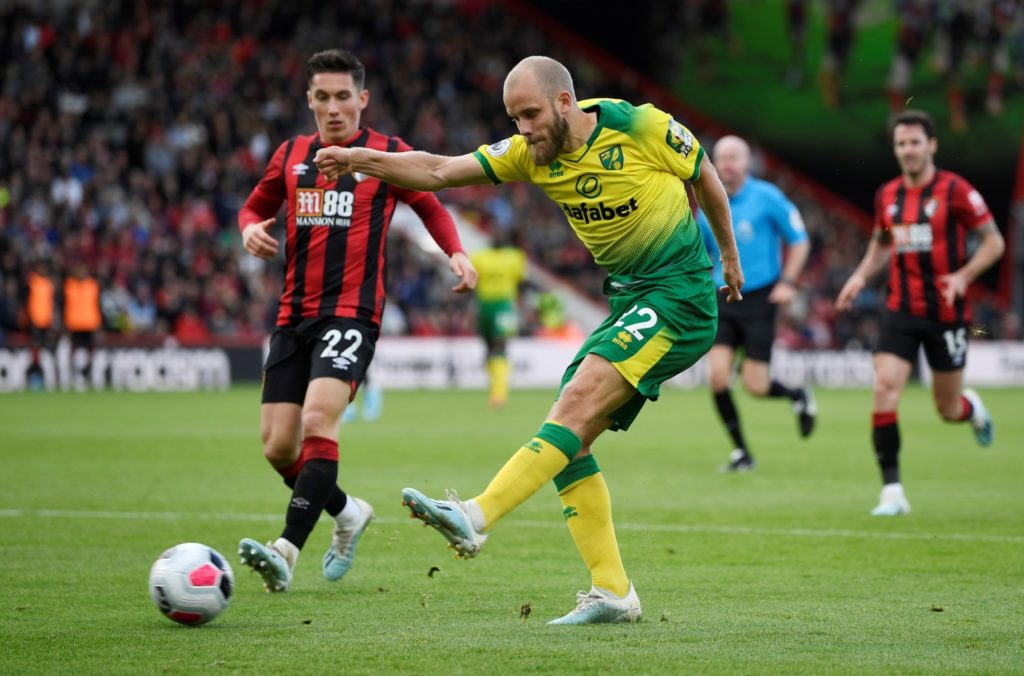 Teemu Pukki grabbed a goal in Norwich’s defeat at Tottenham on Wednesday night and has now scored against all of last season’s top five in the Premier League.

The striker is the only player in the current campaign to have achieved that feat so far, and he’s also the only Finnish player plying his trade in the Premier League at present.

There have been 17 Finns who have graced the top flight in England during the Premier League era and we’ve taken a look at a few others to have made an impact from over the years.

The most successful of Pukki’s compatriots to have enjoyed a spell in England is former Liverpool defender Hyypia.

The defender joined the Reds from Willem II in the Netherlands and was initially signed as a full-back but was moved into the heart of defence by former boss Rafael Benitez, and it was at centre-half where he really impressed during his decade at Anfield.

Hyypia, who played the full match in Liverpool’s historic 2005 Champions League final comeback over AC Milan, managed 464 appearances for the Merseyside club and weighed in with 35 goals.

Goalkeeper Jussi Jaaskelainen joined then second-tier Bolton in 1997 for what now seems a paltry £100,000 from VPS Vaasa in Finland and went on to spend 15 years with the Wanderers.

The towering shot-stopper made an incredible 527 appearances for the Lancashire club, 379 of which came in an 11-year spell in the Premier League, and is perhaps best remembered for saving two penalties in a derby clash with Blackburn in October 2006.

Jaaskelainen went on to join West Ham as a free agent when his Bolton contract ended in 2012 and played in another 57 Premier League games for them, taking his total number of appearances in the league to 436 – putting him 28th on the list of most Premier League appearances of all time.

Admittedly, there are a few Finns who should be ahead of journeyman striker Shefki Kuqi on this list (former Southampton keeper Antti Niemi and ex-Charlton forward Jonatan Johansson for example) but the much-travelled hitman has been included simply for his outrageous goal celebration.

Kuqi was a huge striker – but that didn’t stop him belly-flopping to the ground whenever he did manage to hit the target..

His trademark celebration earned Kuqi the nickname the ‘Flying Finn’ and he managed seven Premier League goals during the 2005-06 season with Blackburn.