Liverpool ready to cash in on Welsh starlet 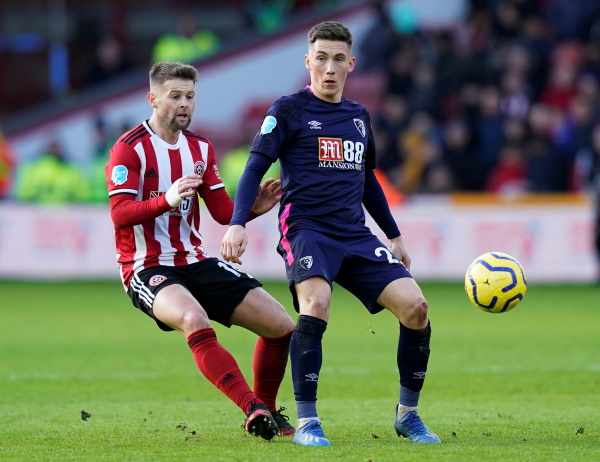 Liverpool are willing to let Harry Wilson depart on a permanent basis this summer if anyone matches their asking price, according to reports.

The winger is currently on loan at Bournemouth and has enjoyed a productive season on the south coast, netting seven goals in 21 Premier League appearances.

Last season was similarly fruitful after the Wales international scored 18 goals in 49 matches across all competitions for Championship outfit Derby County.

A reputation as a free-kick specialist has been cultivated in the past couple of years with many believing Wilson to have a bright future in the game.

However, according to reports, that future will not be with Liverpool as Jurgen Klopp is prepared to cash in on the playmaker.

The report suggests that Liverpool will allow him to leave if any club meets the current asking price of £30million.

Wilson still has three-and-a-half years remaining on his contract meaning the club have leverage over the cost of the deal.

Klopp is thought to be prioritising the development of Curtis Jones and Harvey Elliott, who have impressed when given the opportunity to play this season, particularly starring in their 1-0 FA Cup third round victory against Everton in January.

Therefore, with those players coming through and Liverpool stacked with talent to back up Sadio Mane, Mo Salah and Roberto Firmino, Wilson is now seen as a spare part on Merseyside.

No club has yet been strongly linked with a move for the 22-year-old, although Bournemouth may be tempted to turn their loan deal into a permanent one if they stay in the Premier League this season, while Leicester boss Brendan Rodgers recently batted away speculation over a potential swoop.

Wilson has only ever made one appearance for Liverpool’s senior side in a third-round FA Cup replay away at Plymouth in January 2017.

Loan spells at Crewe and Hull preceded the spells at Derby and Bournemouth with Wilson amassing just shy of 100 appearances in his career so far.