Home and dry: Premier League winners who wrapped it up early 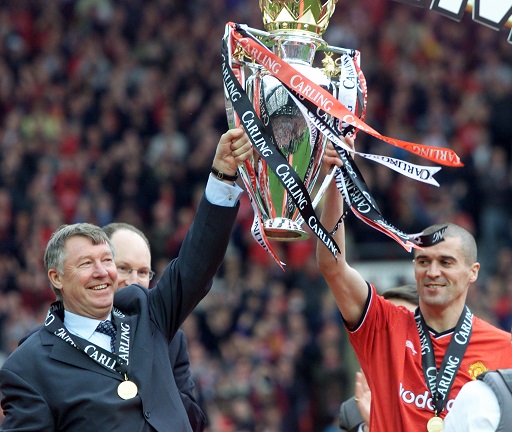 As Liverpool continue to steamroller their way towards a maiden Premier League title, we take a look back at the sides who sealed the deal with games to spare.

The Reds’ lead at the top surpasses the 20-point mark and victory looks all but assured, but Jurgen Klopp’s men will still be aiming for a clean sweep in the record books.

Winning just eight of their remaining twelve fixtures would see them equal Manchester City’s best-ever points total of 100, but the real carrot is the chance to displace bitter rivals United as the Premier League’s earliest winners.

The originals. United’s feat of securing the title with five matches still to play has never been bettered. Buoyed by fifteen goals from Teddy Sheringham, the Red Devils would finish the season with a ten-point gap over second-placed Arsenal.

Having swept Coventry City aside in a 4-2 victory, silverware was assured when Middlesbrough took all three points from their encounter with the Gunners. The achievements of the 2000/01 campaign even eclipsed those of the previous season, in which Sir Alex Ferguson’s side had made mathematically sure four games from the end.

In fact, it was also the second time a United side had been crowned champions with five games to spare; the 1907/08 season also saw the club clinch its first league title with ample time remaining.

An equally impressive effort, but it could have been so much sweeter. Guardiola’s mesmerising City took the league by storm, but their return to the summit of the English domestic game will always be remembered – in the blue half of Manchester, just as in the red – for their squandering of the chance to clinch the title in front of their cross-city rivals.

Knowing that victory at home to United would see them reclaim the Premier League crown in record time, City led by two goals to nil at the interval. But a quick brace from Paul Pogba after the restart, followed by a Chris Smalling goal twenty minutes from time, prolonged the Citizens’ wait to lift the trophy by another week and allowed the Red Devils preserve their own record, as well as reclaim some bragging rights.

Arsene Wenger’s Invincibles’ phenomenal unbeaten run to the title is another feat that Liverpool look poised to emulate. Succeeding, where City would later fail, in their bid to take the title in front of their greatest rivals, Tottenham Hotspur, the Gunners still managed to remain focused enough to finish the remainder of the season without tasting defeat.

Their sealing of the title with four games to play was matched by Manchester United in 2012/13.

Of course, Klopp’s job is not yet done but the hurt of finishing second last term is clearly inspiring his side.

Twelve games remain and plenty can happen between now and May 17. But, if the Reds can keep this golden form alive – or even extend their lead at the top – clinching the title in record time looks an inevitability.